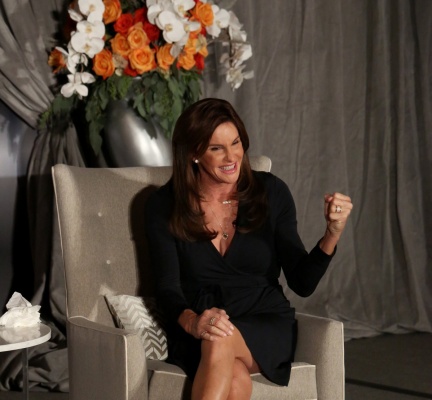 When Caitlyn Jenner was announced as the recipient for the Arthur Ashe Courage Award, there was a significant amount of backlash, mostly from people who believed that there were simply many other more deserving candidates of such an award. When Jenner was later named Glamour Magazine’s “Woman of the Year,” this controversy resurfaced. The widower of a previous recipient, a female New York Police Department officer who gave her life evacuating civilians from the south tower of the World Trade Center during the events of 9/11, returned the award to Glamour. He believed that Jenner’s reception diminished the value of the award itself and thus made a mockery of his wife’s noble sacrifice.

I can understand the backlash, but what is important to note is that the issue isn’t about the ‘legitimacy’ of Jenner’s cause, but rather the issue is that Jenner hasn’t really done anything for said cause. In our culture of award-bestowment, we are perpetuating a trend where people aren’t even being honored for what they are actually doing.

There isn’t a doubt in my mind that the men and women who gave their lives in the horrific tragedy of 9/11 deserve the title of “hero.” It’s unfortunate that in this culture of idolization, we must single out specific individuals and create an environment of competition. It then becomes a discussion of whose deed is greater, and consequently we have to quantify varying degrees of heroism. And yes, when you juxtapose the deeds of someone who sacrificed her life to save the lives of others with a figurehead of the transgender community, something certainly seems off. Indeed, the risks were far greater for the former individual than the latter, but to say she was more deserving of the title would be making a statement that heroism requires a sacrifice of life, or a quantification of lives affected. By extension, this means the various great social workers who fought for serious change in our society –like Dorothy Day, whom we name a portion of our own university after – would not be worthy of the term “hero.”

It is therefore ridiculous to suggest that we cannot call an advocate of the transgender community a hero. However, the real problem with the environment of award-giving is that this designation is increasingly becoming more about what people represent, rather than what they actually do, and I think this is one of the biggest reasons people take issue with Jenner. One of the Excellence in Sports Performance Yearly Award (ESPY) producers, Maura Mandt, has specifically stated that the decision to honor Caitlyn Jenner was made “to educate people about this issue and hopefully change and possibly save some lives.” A worthy cause, no doubt, but we’re still looking at an award given to advance a specific agenda rather than to honor an individual’s actual deeds.

And this gets to the real meat of the issue – Jenner hasn’t done an awful lot for the transgender community at all. When you really get down to it, Jenner’s contributions mainly involve her highly publicized transition from man to woman, her acceptance speech at the ESPYs and her currently ongoing reality television show “I Am Cait.” The biggest problem I have with Jenner is the fact that she is less of an advocate and more of a figurehead: a figurehead whose popularity has largely to do with the fact that she was already incredibly relevant in celebrity news as former Olympian Bruce Jenner.

But what about the people like Laverne Cox, who are actually holding talks aimed at increasing awareness of the issues affecting the transgender community? What about the people that aren’t fortunate enough to have been socially relevant due to their affiliation with a rather vain and selfish family of fame hogs? The moment we start giving people awards because of what we think they represent is when we start ascribing value that may not even be there. The exact same thing happened when, not one year into his first term as president, Barack Obama was awarded the Nobel Peace Prize purely for his promises, not for his actions. Now, as his term is coming to a close, it is difficult to marry the visage of Obama with the title of “champion of world peace,” especially with major issues such as the emergence of ISIS, a government standstill regarding gun control and souring talks with Russia still prevalent in American politics.

This is what we truly need to be aware of—giving people awards that don’t deserve it. However, I am loathe to agree with those that want to qualify what acts are deserving of awards and what aren’t. The moment we do so, we transform the act of good deed-doing into an ugly system of competition. At the end of the day, it comes down to perspective; the work of the Laverne Coxes in the world may be to some what the work of the Martin Luther King Jr.s. are to others. However, if there is one thing that should describe a hero, it should be action. The criticism surrounding Jenner has less to do with the legitimacy of the transgender movement, and more to do with the fact that Jenner happens to be one of those figures that simply doesn’t deserve their current level of attention.