The Overlooked Socioeconomic Divide At Fordham 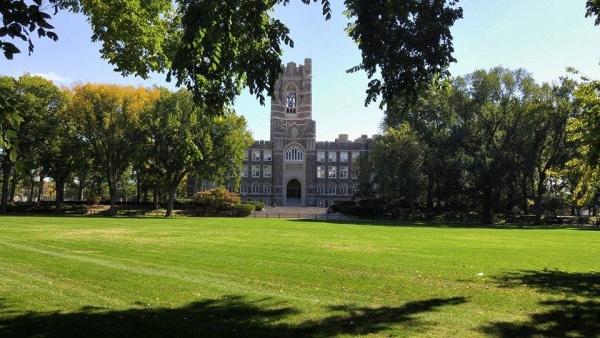 "Only two students, in a room of 30, raised their hands when I asked them if they knew what a Pell Grant was. " Jalen Glenn

Over the past three years, Fordham has become my home. Yet, I have felt unsafe in this home during the same time. This is not simply the result of my racial identity, but also because of my socioeconomic background. As a middle-class individual who comes from a single parent household, I feel out of place at Fordham, which, let’s be honest, is an upper-class school. Don’t believe me? Consider this example.

While participating in a town hall meeting of about 25-30 students, I asked those in attendance if they knew what the Pell Grant was. Only two raised their hands. For those unaware, the Pell Grant is awarded to low-income students attending an undergraduate program. What exactly is “low-income” you might ask? Forbes found that in 2007-2008, 95.9 percent of students from families with an adjusted gross income of $50,000 or less received the Pell Grant. Although this statistic indicates that close to four percent of these students came from families that make over $50,000, it nevertheless highlights the goal of the grant, which is to provide lower-middle-class to low-class students with the opportunity to attend college.

What do we then make of the encounter mentioned earlier? If only three people in a room of almost 30 knew what the Pell Grant was, then this demonstrates just how lacking Fordham is in socioeconomic diversity. This is further reflected by the class microagressions that I experience on a daily basis. Such statements include “buy a new one,” “why do you work so much?” and, my favorite one, “just put it on your credit card.”

The impact of these statements is heightened by the fact that there is no space for me to express my frustrations. Even amongst individuals who consider themselves “social justice-minded,” I find my class to be a burden when they mention their monthly allowances, and how they used their daddy’s credit card for a new pair of Hunter boots.

The statistics (or lack thereof) further reveal Fordham’s lack of socioeconomic diversity. The school’s website notes how 80 percent of students receive financial assistance. Although the purpose of such a statement appears to convey economic diversity, upon closer examination, this statement means almost nothing.

For example, a good friend of mine at school, whose parents own a home, and who does not receive the Pell Grant, mentioned to me how he receives a small scholarship, and his parents pay the rest of tuition. Because of this scholarship, which does not even come close to covering the tuition of our school, this student is grouped into the 80 percent mentioned earlier. Therefore, “financial assistance” does not equate with “financial need,” rather, the term refers to anyone, even those of higher economic status, who receive an outside source of funding. A more appropriate way of revealing economic diversity would be to publish statistics on how many students receive the Pell Grant. Doing so will allow prospective students to better determine whether or not Fordham is right for them.

This is not to demonize or condemn the individuals mentioned earlier. Conversations on class always take a back seat to almost every oppression. This is a result of middle-class to upper-middle-class individuals, such as those at Fordham, dominating discussions on racism, sexism, ableism and homophobia. As a result, the oppression that low-income students face becomes obscured, and almost disregarded.

This has led to two significant consequences. First, such ignorance hides the economic system that segregates people based on income, wealth and assets, which in turn implies that everyone’s economic experience is similar; and second, it allows middle-class to upper-middle-class individuals to preserve their economic privilege by ensuring that low-income individuals do not encroach upon their precious beach houses along the Jersey Shore. For us to achieve true social justice, economics needs to be included in every conversation. Whether that be on race, gender, sexual orientation or ability, we can no longer ignore the role that economics plays into exacerbating these oppressions. If we continue such ignorance, we will ensure that Fordham, and countless other locations, remain unsafe for low-income students such as myself.