What It’s Like Living Next to the Big Apple Circus 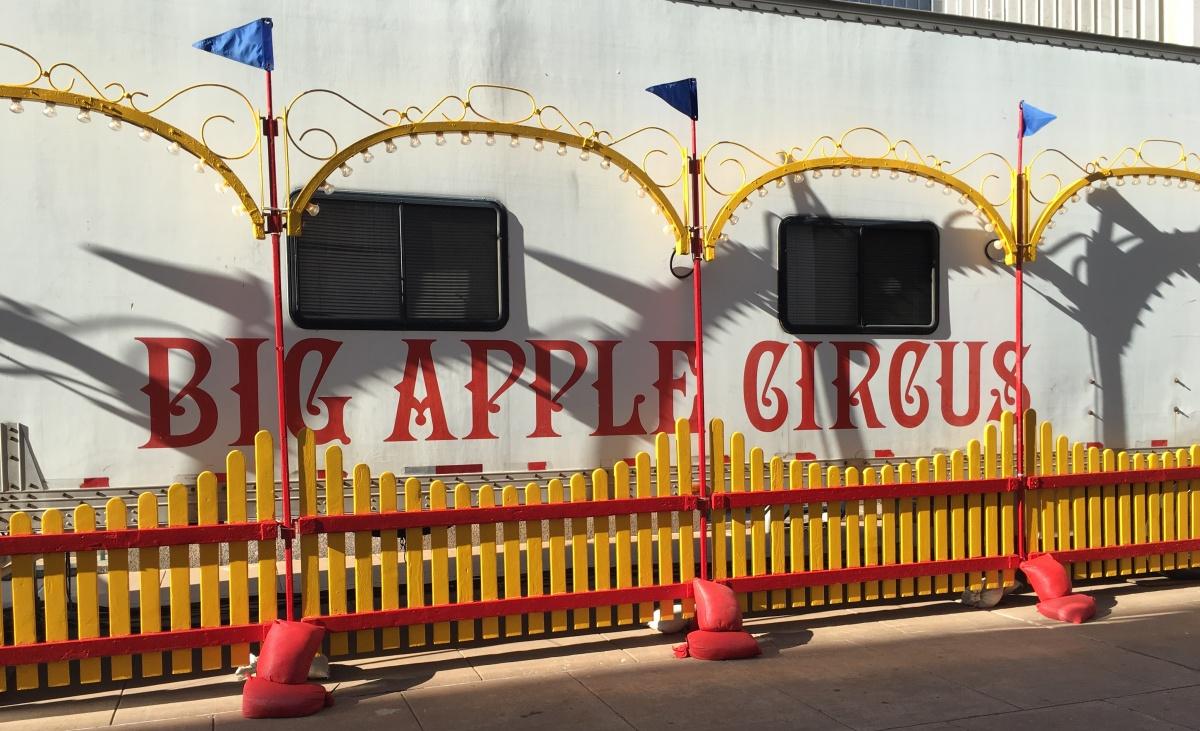 (PHOTO BY JESSICA HANLEY/ THE OBSERVER)

In late September, major construction began at Lincoln Center. The reason was unclear at first—that is, until one afternoon in October when the two large blue tents were raised and mobile homes set up. The circus was in town. This year, the Big Apple Circus has created an hour and 50-minute long performance titled “The Grand Tour.” Set in the 1920s, “The Grand Tour” includes several classic circus entertainment acts including acrobats, trained animals, clowns and aerialists from six continents.

At first, living next to the circus seemed unreal. I would stare out my window, 18 stories above the circus in McKeon, trying to imagine what could be going on inside of the large blue tents. Some days there would be groups of people, presumably circus performers, huddled around the back end of the main tent. Other days, I could hear the occasional neigh from the horses, who are hidden away in one of the other structures.

I have always been a fan of the circus—going was a way to escape reality for a couple of hours and watch individuals perform acts I couldn’t dream of ever doing. I logged onto the Big Apple Circus website and began to research information about the performance how long it would stay at Lincoln Center, the price of tickets, how many days a week the show ran to see if I could fit it into my schedule.

Jillian Riddler, FCLC ‘19, found that “the noise can be really loud at inconvenient times. It is hard to escape.” Riddler said it is at its worst on the weekends because “[the circus] goes all day and never stops.”

Michaela Browner, FCLC ‘19, disliked the circus for an entirely different reason, expressing her concern for the animals.  “I am disgusted. I don’t understand where in those small, enclosed spaces animals can be kept,” Browner said. After pointing out the horse stables, Browner got even more upset. “I can’t even look at it    it is so upsetting,” she said. Other Fordham students share Browner’s sentiments about the care of the animals and have attempted to arrange a protest in front of the show.

According to the Big Apple Circus’ website, their animals are cared for by the top animal trainers and best veterinarians in the city that they are stationed in. The animals are trained using positive reinforcement, versus punishment, and are given time to exercise and stretch each day.

The noise is something all residents of McKeon Hall will have to become accustomed to. The Big Apple Circus will perform at the Lincoln Center location until Jan. 10, 2016.