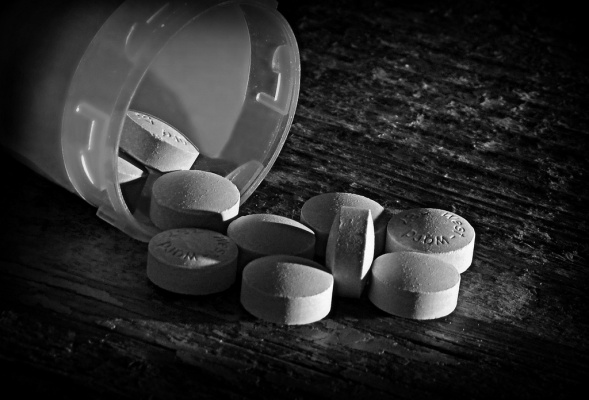 She’s awful at taking her medicine. She always seems to find reasons to skip a week, and then another. (VIA FLICKR)

My mom is sick. She’s had neutropenia longer than I’ve been alive, which means that she can’t fight infections without medication. And despite the long duration of the illness (as far as she knows, she’s always had it and always will), she’s awful at taking her medicine. She always seems to find reasons to skip a week, and then another, but usually when it’s been a few weeks she knows she has to take a day off to rest and catch up with her doses. The medication’s tricky; she takes it once a week, and it keeps her from getting infections that could be life-threatening, but it makes her sick for about a day and she hates taking it. My mom feels like she’s letting us down by being incapacitated, but we’ve grown up knowing she needs it. I haven’t gotten angry with her for not being able to do things for me since I was seven, when I could barely pronounce neutropenia, let alone understand it.

Last year around Christmas, it had been four weeks since she’d last taken her medicine. But the weeks leading up to Christmas meant party after party, and obligations to see coworkers, long-estranged friends and family members from various parts of the country. So instead of skipping out on at least a couple of the parties and sending my dad with an apology and a bottle of wine they’d probably never drink anyway, my mom went to every single one of them. The result was that, by Christmas, she had sores in her mouth and was completely exhausted by the end of the day.

[quote_center]My mom feels like she’s letting us down by being incapacitated, but we’ve grown up knowing she needs it.[/quote_center]

By New Year’s Eve, her doctor sent her to the hospital, astonished that she’d gone on this long outside of it. My mom was dragging herself around the house, doing chores she felt obligated to do even though we could handle it for her if she needed the rest (and she did). One side of her mouth was red and raw with sores, and her blood count was the lowest it had ever been. She’d already contracted an infection, and without IV antibiotics, it could become dangerous. My mom woke me up one morning to tell me she’d be driving herself to the hospital. It was the second worst news I’ve ever woken up to in my life.

I had to work later that night, but I had eight hours until then, and I spent most of them wandering aimlessly around the house. My sister left a few minutes after she heard the news, opting to spend a few days with our aunt rather than face an empty house. My dad went directly from work to the hospital to visit my mom. Even the dogs seemed melancholy, moping around and mirroring my every step, as if that would help them understand what was going on.

I tried half-heartedly to clean my room. My mom had been asking me to do it since break started, and after Christmas I had strewn even more crap upon every horizontal surface, everywhere from my desk to the corner of my bed I didn’t use to the floor. About thirty seconds into the hopeless endeavor, I found a stack of canvases I’d bought on a whim for two dollars a piece, sitting right underneath the painting I’d done when I first started my recovery from depression. That painting had been the first thing that made me feel better, even a little bit.

[quote_center]My sister left a few minutes after she heard the news, opting to spend a few days with our aunt rather than face an empty house.[/quote_center]

I set up my paints and placed one of the canvases inside the lid of a cardboard box instead of scavenging for newspaper. And instead of staring at the blank white expanse and wondering what to do as was usually the case, I selected the colors I was feeling and blended them over the threatening whiteness.

I’d begun cleaning because I wanted my mom to have something she’d look forward to coming home to, and I painted for that same reason. She liked homemade gifts. I’m not much of an artist, but it was all I could think to do at the time. That’s something my mom and I have in common; in times of crisis, we do what we can for others. Sometimes I think we do this to avoid focusing on our own feelings, but if that’s what I was trying to do at that moment, I failed.

The finished canvas was as blue as a bruise. Wounded and beautiful.