Web Presence Is Everything for the Job/Internship Search 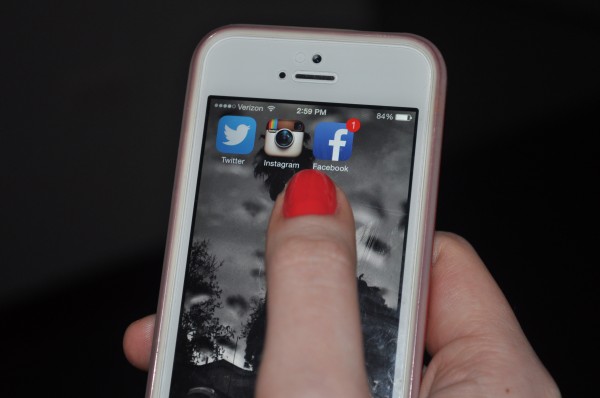 In a time where everyone and everything is on the web, your internet presence plays a huge factor in the world’s perception of you, especially when it comes to landing a job. A 2014 survey by Jobvite revealed that 93 percent of participating hiring managers maintained that they would factor in the contents of a candidate’s social media profiles as a part of their evaluation for a position.

“The first thing [an employer] may do is Google your name to see what comes up. Even if your job doesn’t necessarily entail social media, you still want to show that you can use it properly. You want to have a positive web presence,” Victoria Affrunti, Fordham University Career Services’ Assistant Director for Marketing and Student Engagements, said,

A hiring manager at Oak Tree Capital Management, an international investment firm, said, “When I’m reviewing a resume, often I’ll go and look at places like LinkedIn because that’s where a lot of professional people have their profiles. I like to see how their online profile matches up with their resume.” He noted that social media is “a valuable resource that many employers use to make a character judgment about the people they’re interviewing”, though, in his field, he does not look into social media accounts such as Facebook and Twitter.

Despite this exception, Affrunti disclosed that almost every industry does review social media, but in some industries, lack of internet presence may not be an issue. This is not the case, however, for industries such as public relations. “They want to see that you do exist and that you know how to use social media, that you’re using it responsibly and professionally because that’s going to be a major part of what you’re doing in public relations,” she said.

The bottom line is that it’s important to eliminate red flags. “If, for example, you’ve gotten in trouble with the law, if there was a public intoxication account, if there was any reason you were in the news in a negative light–that’s definitely not good. Any time that irresponsible behavior has been documented…any behavior that doesn’t reflect how you would behave in the workplace is a red flag.”

Red flags can be more than legal or public affairs. According to Affrunti, venting or “bad-mouthing” on the internet is highly frowned-upon. “Employers are looking to hire positive people who have a can-do attitude.”

Lydia Culp, FCLC ‘19, though a freshman, is already concerned with her online presence. She feels it is important to be aware because she has searched herself on Google Images and, despite the fact that her account is private, her Instagram pictures have come up.

“It’s concerning not because my Instagram is sketchy but because…I need to be really careful about what I post and even just what I’m tagged in. I feel like everything is recorded these days. People make Snapchat stories, save the story, which then they post to Facebook. Anything can be posted now because people record everything that’s going on,” Culp said.

As reported by TIME Money, the Jobvite survey also showed that 66 percent of hiring managers were turned off by poor spelling and grammar, and more than 1 in 6 recruiters said that the publicizing of one’s political affiliation was a “potential negative.”

Essentially, the keys to success in this area are positivity and professionalism. Showing upstanding qualities of your personal character can’t hurt as well. TIME noted that “information about volunteering or donations to charity left 65 percent of recruiters walking away with a positive impression.”

Whether or not your field of interest thoroughly examines your web presence, maintaining a responsible, friendly, and professional appearance on the Internet is the safest route. Next time you’re thinking about posting a negative or obnoxious tweet, think about your future boss reading it first.