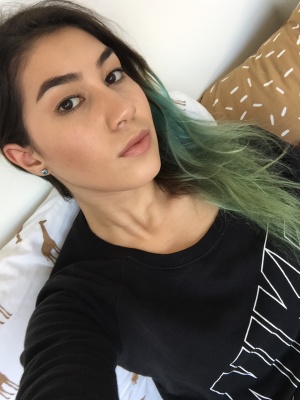 “Is she White? Is she Asian?” a man shouted while moving his hands back and forth. I was walking down Columbus, only about three blocks away from the school. My mind was wandering as I walked, so I hadn’t taken any special notice of the two twenty-something year old men walking towards me opposite the sidewalk. Until I was shouted at, that is.

The occurrence that took place that day was unfortunately not something that is super out of the ordinary for me. Here’s the thing, I don’t mind people who have questions about who I am; I do mind when people are impolite, malicious or abrasive.

Marien Alejandro, a multi-racial student at Fordham, said, “This is a very valid topic; especially race in general and the incidents at Rose Hill and everything. We should be talking about this and educating people about race and discrimination.”

Being multi-racial means that I have had the unique and enriching chance to grow up in two completely different cultures. It also means that I have been stuck in a strange middle ground: one that both overlaps and separates. The same reason that could place me into two different categories of race also takes me out of them.

Nikola Rambo, a multi-racial student at Fordham, sums the feeling up perfectly, “It’s like, what table do I sit at? Since you belong in multiple places, I always feel like you’re choosing one over the other in a lot of ways. Like, where do I belong? Who do I feel the most comfortable with? What does that say about me?”

[quote_center]There’s something about the word “hybrid” that presents itself as objectifying  and dehumanizing. A more correct way to ask is to use the term “multi-racial.”[/quote_center]

When I moved to New York City, I was looking forward to being around all the diverse people and culture that the city is so known for. Since being here two months, I have found that completely true. It has been especially amazing having a campus that is built by all different types of people.

However, the biggest problem I see goes back to diction. A few weeks ago, and this is not the first time this phrase has been thrown at me, I was asked by someone if I was a “hybrid.” Maybe it’s just me, but I don’t think I look like a Toyota Prius? There’s something about the word “hybrid” that presents itself as objectifying  and dehumanizing. A more correct way to ask is to use the term “multi-racial.”

There is a very fine line when it comes to asking about someone’s race. On one hand, why is it important to know that detail? On the other hand, maybe it is just trying to get to know someone or being genuinely interested in family history and background. My advice for if you really feel like asking someone such a personal detail is only ask if you’re fairly well-acquainted, or if they bring something up about it first. Something like, “What ethnic backgrounds do you identify with?” feels safe to me.

I don’t agree with statements that tell us we should be “color blind” when it comes to people. We should celebrate differences and recognize that every person is different. That is what makes the world unique and interesting, so why would anyone want to ignore that? Instead, learn about  those differences; understand and celebrate them.