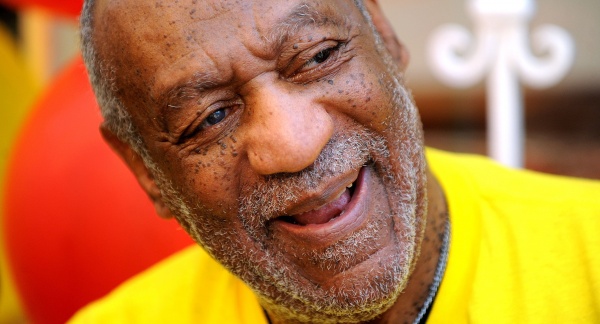 Fordham students were overall pleasantly surprised by the decision to strip Cosby of his degree. (Olivier Douliery/Abaca Press/MCT)

Fordham University is among three schools as of this publication to rescind actor and comedian Bill Cosby’s honorary degree. Marquette, a fellow Jesuit university, announced the decision the same day as Fordham, Sept. 24. Brown announced their decision on Sept. 29.  Overall, Fordham students have responded positively towards this decision.

In 2001, Fordham awarded Cosby with an honorary doctor of fine arts. Cosby’s first public accuser of sexual assault came forward in the year 2000, though allegations date as far back as 1969. At least 48 women in total have come forward accusing Cosby of sexual assault. In its announcement, Fordham stated, “That Mr. Cosby was willing to drug and rape women for his sexual gratification … hurt not only his victims, but all women, and is beyond the pale.”

Sinclair Spratley, president of In Strength I Stand, the feminist group at Fordham College at Lincoln Center (FCLC) and FCLC ’17, said, “I was definitely surprised when it happened, just knowing Fordham has never rescinded an honorary degree before.”

“My mind went straight back to last year when there was a movement among faculty and students to rescind John Brennan’s degree and the Board of Trustees did not rescind it,” Spratley said.

John Brennan, former Deputy National Security Advisor and currently Director of the CIA, was awarded his degree in 2012 despite protest  from faculty and students at the time. A petition was created in response to the report released by the Senate Select Committee on Intelligence, on the CIA’s use of detention and interrogation policies. It’s cry to revoke his degree garnered at least 739 signatures. The Board of Trustees rejected the petition in the summer of 2015.

“It seemed so abrupt. I don’t think anyone even knew they were thinking about stripping him of the degree,” she continued.

“I think it’s really cool they were able to do this without a criminal conviction,” Spratley said.

When Savonne Anderson, author of the book “The Womanifesto” and FCLC ‘17, got the University email subject line: University Statement | Bill Cosby. She expected it to say the University would not be rescinding the degree. “I was pleasantly surprised when I saw that they did,” she said.

Anderson believes you should separate the Cosby who is an artist from Cosby the person. “I feel like, if not, we conflate them so that people have an issue acknowledging the bad things done in people’s personal lives,” Anderson said. She continued, “Bill Cosby isn’t Cliff Huxtable.”

Cosby’s actions especially affected the black community. “To have him set such an example, to put black people and the black family in a positive light, it hurt a lot of people to then have to say, ‘Oh he wasn’t even really a great guy.’”

According to Anderson, The Cosby Show was one of the first shows that portrayed a well-off black family. “To have that image, to have people see that black people can be successful, to portray that image both to white and also to black people that are poor to know that they can aspire to more than that. And I think that’s why it was so important to us,” Anderson said.

“We associated that person with Bill Cosby the rapist. It’s so hard to reconcile those two people, so we need to separate them,” Anderson said. “I don’t think his actions undermine  what he did for the black community. It undermines him [as an individual],” she said.

“I was very proud of the administration for coming to that conclusion, I definitely agree with it,” Cesca Wolos-Fonteno, FCLC ‘17 and vice president of Rainbow Alliance, said.

“He’s done great things for the entertainment industry, but this went on for years and he hurt so many women. If it had been just one woman, I would be saying the same thing, it doesn’t matter. I feel deceived,” Wolos-Fonteno said.

In terms of rape on campus, she said, “I think a larger effort can be put into teaching the concept of not raping, as opposed to not getting raped.”

Jalen Glenn, FCLC ‘16, echoed other students’ sentiments: “I think it does send a message and I think it is important that Fordham did do that to distance itself from what is going on in that regard.”

Glenn believes that, “Unfortunately a lot of us [students] don’t really know what rape is and is not.”

“Fordham does a good job of informing student leaders, or students who are in higher positions. I’m a Resident Assistant (RA) on campus and we had extensive training in that regard, but also as a Social Justice Leader [for the Dorothy Day Center of Service and Justice at Lincoln Center] we had that training and when I was a New Student Orientation (NSO) leader, we had that as well,” he said.  “I don’t know if it reaches everyone it should though.”

Elaine Pasqua has been talking to students about the impact of high-risk behaviors and sexual assault on campus for 16 years at NSO. “I applauded Fordham’s decision, I thought it was phenomenal,” she said. The university’s action did not surprise Pasqua, as “it is a university of the utmost integrity and value. It sets a precedent, the message that it sends to college students is that there is a zero-tolerance policy for sexual violence.”

Bob Howe, senior director of communications and special advisor to the President, declined to comment.

The Observer reached out to several professors who declined to comment as well.