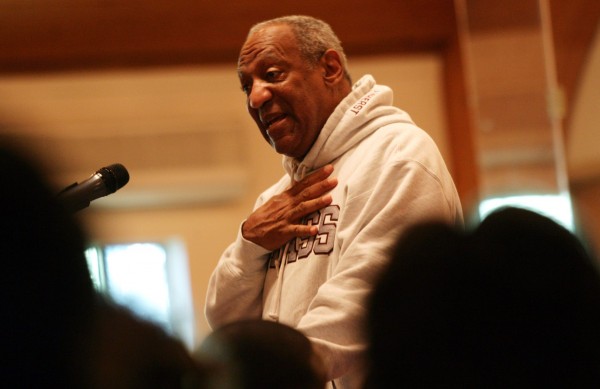 At approximately 2:20p.m. on Sept. 24, the University released a statement officially rescinding actor Bill Cosby’s honorary degree awarded in 2001. Fordham President Joseph M. McShane S.J. put forth the motion which was unanimously accepted by the Board of Trustees.

Read the University Statement Below:

In 2001, Fordham University presented comedian and actor Bill Cosby with an honorary doctor of fine arts degree, not least because of the significant role he played in breaking the color barrier in American television and popular culture, and his position as an inspirational figure for millions of African Americans. At the time, there was no public awareness of the allegations of rape against him.

Today Joseph M. McShane, SJ, president of Fordham, put before the University Board of Trustees a motion to rescind Mr. Cosby’s honorary degree. The trustees voted unanimously to do so, officially rescinding Mr. Cosby’s Fordham degree. The University has taken this extraordinary step in light of Mr. Cosby’s now-public court depositions that confirm many of the allegations made against him by numerous women.

Fordham has never before rescinded an honorary degree. A recipient’s actions would have to be both unambiguously dishonorable and have a deep impact. By his own admission, Mr. Cosby’s sexual exploitation of women was premeditated and ongoing. Equally appalling is his longtime strategy of denigrating the reputations of women who accused him of such actions.

That Mr. Cosby was willing to drug and rape women for his sexual gratification, and further damage those same women’s reputations and careers to obscure his guilt, hurt not only his victims, but all women, and is beyond the pale.

As a Jesuit university, Fordham could no longer stand behind the degree it had bestowed upon Mr. Cosby, hence this unprecedented action.