Time Above The Earth 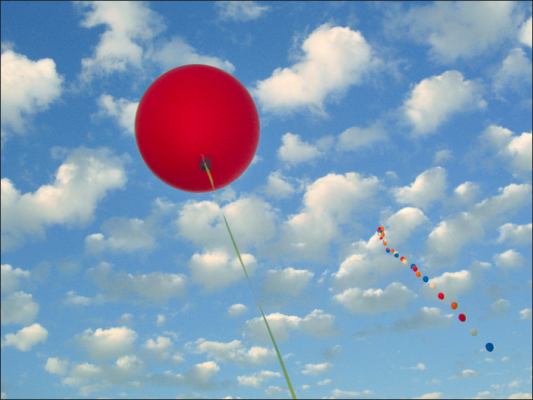 As my mother and I walked up 10th Avenue, wandering the streets surrounding school before officially moving in the next day, I decided to take her on the scenic route through Lincoln Center. We walked through the area, and after pointing out a few different things here and there (where Fashion Week/Big Apple Circus/Fashion Week was last year, the New York Public Library, Juilliard across the street), we decided to settle on the constructed grass steps to relax for a bit before heading back to the hotel to meet my dad for dinner.

It was fairly quiet, even for a Sunday afternoon; other than a few people milling about, Lincoln Center was dead. The wind was warm and the sky was overcast, and there was this inexplicable calm that enveloped us. Everything seemed muted in a way, and a place that I had always known to be overwhelmingly lively was now washed over with contentedness. Being at that height and taking in our surroundings from above, we reveled in what seemed to be a timeless moment, and we chatted idly about nothing in particular.

As my mother and I sat and basked in this anomaly, we heard a small child cry out, though it didn’t disturb the peace by any means. Before we could even begin to wonder what the fuss was about, the answer came into sight. From somewhere close by, seemingly in our blind spot, a lost red balloon appeared. It floated right over our heads before beginning its ascent into the sky, and we couldn’t help but watch it as it went.

[quote_center]My only thought in that moment was of the fate of the balloon; which way would it travel that would cause me to lose sight of it?[/quote_center]

We sat on those steps with our eyes cast upwards, simply watching the balloon drift higher and higher. Seconds, minutes, days could’ve passed, and I wouldn’t have noticed. Even when white dots started to swirl through my vision, I didn’t remove my gaze. My only thought in that moment was of the fate of the balloon; which way would it travel that would cause me to lose sight of it? Would it float across the sky and inevitably be obscured by buildings? Or would it simply float up and up and disappear farther than my eye could see, into oblivion?

The reality turned out to be neither. After several minutes of intense focus, my mother called for my attention; instinctively, I looked towards her. It was only a fraction of a moment, but it was long enough that when I turned back to the sky, I couldn’t spot the balloon anymore. It was gone in the blink of an eye—quite literally.

I felt mildly saddened at the loss of the balloon. At any other time, in any other place, mourning the end of that experience would be considered absurd. But in that place and time, only the most trivial of things were of any real importance. Move-in stress was non-existent. Worrying about having so much to do and so little time to do it didn’t plague our minds. We hadn’t even meant to be there in the first place; our original plan was to make our way over to Central Park once we were done at school. But the plan changed, and it no longer mattered what was intended, and we went about our time as if this had been our agenda all along.

[quote_center]In an instant, that fog of a heaven where everything seemed soft and bright was gone…[/quote_center]

We didn’t realize how long we’d been gone until my dad texted us, asking about dinner plans. Apparently several hours had passed since we’d left, and we had been too absorbed in this other world to notice. As we gathered our things to leave, crowds of people began flooding the space around us; groups of students walked past, families with small children strolled by, and theatregoers exited the Beaumont after the matinee performance of The King and I. The calm began to dissipate quickly, and the noise of the masses once again made the air buzz with the liveliness I was so used to by then. In an instant, that fog of a heaven where everything seemed soft and bright was gone, and we took that as our cue to leave.

It’s a few weeks into the semester now, and I still like going back to those steps. When I get a free moment, I’ll venture over and climb to the very top, lying back in the grass and breathing in the manmade sliver of mother nature. Of course, the serenity that I experienced on that unusual day has long since disappeared, and I doubt it will ever return there. But simply being at that spot makes it easy to remember; it’ll be good enough to hold me over until that peace finds me again.