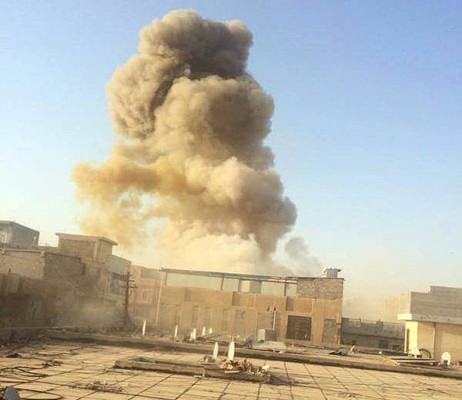 In war, it is oftentimes the unseen enemy that creates more fear than the overt foe. The unseen enemy is an agent of subterfuge, able to dismantle the administration from the inside out, able to aid the overt enemy and possibly do it all without ever being detected by the host on which it acts as a parasite. In our nation’s past, our fear of the covert has frenzied us to the point where our response to the threat contained an insidious quality that rivaled that of our adversaries—insidious because the victims of our frenzy were innocent. Today our enemy is ISIS, the most chaotic destabilizing force in the Middle East at the moment, and in addition to our efforts to fight them there we must also deal with the knowledge that there are ISIS supporters who are citizens of the nations that tirelessly work to stop the bloodshed; some of these supporters are so young that they have yet to even depart for college. When these individuals are caught, the argument is often made that, owing in part to their youth and naivety, they are actually victims of ISIS—indoctrinated to support inhumane and barbaric ideals, and thus we should show leniency when doling out punishment for their crimes.

But these people are not victims—far from it, actually, and deserve no leniency. Looking back at our history, the actual victims of our frenzied and fearful panics have included the Japanese-Americans that lived among us in World War II, and the Muslim-Americans that resided in New York when 9/11 happened. Both groups were unfairly harassed and persecuted entirely for their background, but the key distinction is that the vast majority of those that fell victim to prejudice actually had no active hand in the crimes that the Japanese Empire and al-Qaida, respectively, committed. That is how you define a victim.

But the cases that pop up these days don’t involve individuals claiming innocence—they simply claim that they made a mistake and ask for forgiveness. In Virginia, 17-year-old Ali Shukri Amin was revealed to be the user behind a pro-Islamic State Twitter account, which he used to make multiple connections to pro-IS supporters both here and in the Middle East. Using these connections, he was able to secure a flight for his friend, Reza Niknejad, who wanted to fight for ISIS. When Amin was caught and brought to trial, he told the judge that he had ultimately “denounced ISIS,” and had only originally supported it because he felt that it was a way for him to “deepen his religious faith.”

It’s perfectly understandable that, when these sorts of cases come to light, we feel some sort of responsibility to be lenient towards the youth involved. Last year we saw two teenage girls from Austria, aged only 15 and 17, abandon their homes and families to travel to Syria, leaving behind only a note that read “Don’t look for us. We will serve Allah—and we will die for him.” Authorities believed that, upon arrival in Syria, the girls were married off to ISIS soldiers and impregnated. But it wasn’t long after that they re-established contact with their families and pleaded to be able to return home, claiming that they had made a big mistake.

ISIS is very influential in the realm of social media, and indeed it is through its cyber presence that it is able to gain the youth following that it has. But we simply cannot take this into consideration. We can’t afford to. ISIS is a group that has outright murdered journalists and relief workers, some of which were citizens of the United States. People like Amin may not have pulled the trigger, but assisting in bolstering their military, even if it is by one soldier, is an act that should be equated to treason. It may not seem like much, but Amin literally helped ISIS kill more people.

And the same thing can be claimed of anyone in any country that joins ISIS, promotes ISIS propaganda through social media or aids in the quest of others to join ISIS. And if the only defense is that they are “young, impressionable, and still have a lot to learn,” then the response shouldn’t be to show leniency when they affiliate themselves with ISIS. How else are they to become familiar with the true gravity of the situation and understand that we, the united international community, will not tolerate this senseless bloodshed any longer? We make laws and we invoke punishments in order to deter potential criminals from committing the offense. So when the question arises as to whether or not people like Amin should be tried as adults, regardless of age, and if such punishment fits the crime, the answer should be a resounding “absolutely.”