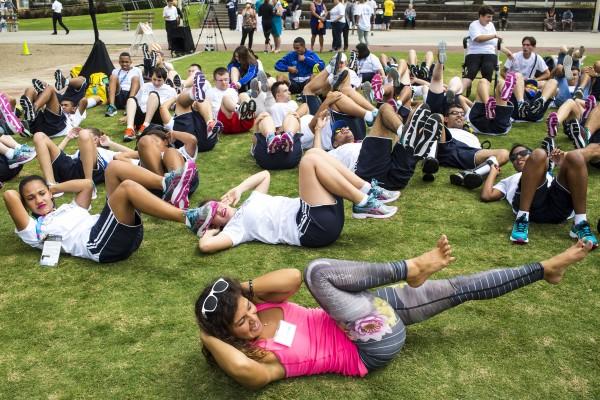 If you’re craving inspiration… attend an event courtesy of New York Fashion Week! We have the privilege of waking up in one of the most fashionable cities in the world. This year, take advantage of it in a way that you might have previously thought was exclusive. Although the guest lists of notable designers do tend to cater to a prestigious crowd, that doesn’t mean that all aspects of the iconic seven days are out of reach. Check out TimeOut New York for innovative, exciting and free Fashion Week events.

If you love television… watch your favorites from the small screen receive some well-deserved recognition! Spend the night of Sept. 20 taking part in a distinct form of stargazing by tuning into the 67th Annual Primetime Emmy Awards. Hosted by SNL veteran Andy Samberg, the show will honor the best and brightest actors courtesy of some of our favorite guilty pleasure programs (Downton Abbey, anybody? No? Just me? Figured.)

If you love movies… watch one in a location a little more exciting than the inviting, yet typical choice of your couch! Just because the semester has begun, that doesn’t mean that we can’t bask in the few summer-esque nights we have left. What better way to do so than watch a film under the stars (or in our case, under the constant fluorescent lights courtesy of the city that never sleeps.) Nevertheless, check out the NYC Department of Parks & Recreation website to see where you can watch a movie in any of the five boroughs for free.

If you love spontaneity… go to an improv comedy show! The People’s Improv Theater, also referred to as The PIT, is a venue that hosts nightly shows, workshops, and classes in performance and writing. In other words, it pretty much has it all. If you’re tight on cash, make sure not to miss out on a show because they’re absolutely free. Visit the PIT’s website for more information!

If you’re feeling stagnant… get moving! The stress and exhaustion that comes with the beginning of classes is a tale as old as time. Getting up for a five mile run before your 8:30 a.m. history class or tiring work day isn’t as appealing as getting some much needed shut eye instead. Avoid beating yourself up over missing a strenuous workout that never seemed to fit into your schedule by taking a relaxing yoga class. Not only does Yoga to the People have locations scattered all around the city, but also charges a suggested donation of $10/class. Translation: donate what you can. Visit Yoga to the People’s website to find the studio nearest you.