The Importance of Finding Oneself in Dance 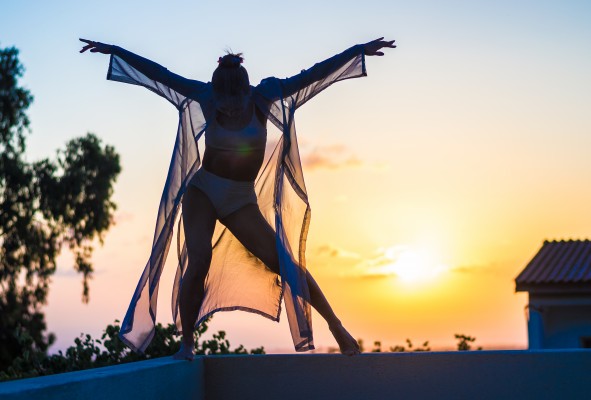 When an outsider of the dance world thinks of major locations for the performing arts field, common places may include New York, Paris, Los Angeles, Moscow and more. One does not typically think of a place in the Middle East. However, in Israel there is a thriving contemporary dance scene that holds one of the most esteemed dance schools in the world. Marie Paspe, Fordham at Lincoln Center (FCLC ‘16), who is pursuing a BFA in dance performance and a minor in business administration had the chance to study in Israel last spring semester.

Paspe went to study at the Kibbutz Contemporary Dance Company (KCDC) for a five month long program, which she did through Masa Israel Journey. [‘Masa’ means ‘journey.’] She stayed in Kibbutz Ga’aton, the International Dance Village that is home to dancers and choreographers of the school. KCDC calls the program a ‘Dance Journey.’ Describing the company and her motivation to study there, Paspe said, “It is an incredibly innovative dance company. There are both dancers and choreographers from around the world going to Kibbutz to study the [repertoire] pieces [of KCDC]. It was kind of a gateway to Europe. I thought strategically about where I see myself and where I want to dance.” 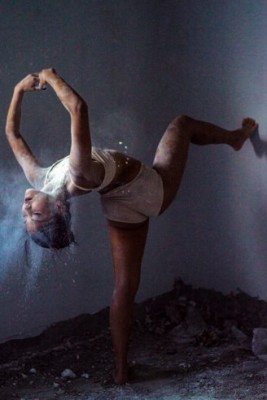 Paspe also expressed excitement for her chance to work with Israeli choreographer Ohad Naharin. Naharin is considered to be one of the world’s most original choreographers. “He is the art director of one of the leading dance companies of the world. I thought about starting in Israel and making a network there and at least seeing how possible it is for someone like me to sort of tap into that world,” Paspe said.

Besides dance, Paspe also was studying and doing hands-on volunteer work. “I studied Hebrew and culture and politics. We did a lot of volunteer work and a lot of outreach. We went to help at adult special education.” Paspe asserted that her experience was one of the best she has ever had and was able to apply those lessons to her life and future projects.

Paspe revealed three major lessons she has learned: “I learned that [dance is] not only about the craft and the way you move within the craft, it’s how you treat and respect yourself in the movement and how the cultivation of yourself is just as important as cultivating your craft.

[quote_center]”I learned that [dance is] not only about the craft and the way you move within the craft, it’s how you treat and respect yourself in the movement and how the cultivation of yourself is just as important as cultivating your craft.”[/quote_center]

You have to know that this is who I am. It was like an enlightening moment for me; it changed the way I move, I dance, and the way I see the world.”

She also says to never be afraid of failing. “It’s when you fail and make mistakes, especially the worst ones, you really grow from them and become the person you’re meant to be in the best ways,” Paspe said. In terms of networking, Paspe also said, “Take care of the relationships that you make. You never know what in the future they might bring.”

Over the summer, she participated in The Bates Dance Festival, held by Bates College, in Lewiston, Maine. The festival is a program with workshops and performances put together by various choreographers, performers, students and educators from different parts of the world. Since approaching dance from a newer and more personal viewpoint, it seemed appropriate that Paspe would take on the project of a 12-minute piece titled ‘Skinless.’

Paspe worked with Mexican choreographers Omar Carrum and Claudia Lavista from Delfos Danza Contemporanea and 13 other dancers. The dance incorporated the metaphor of how masks conceal identities. “You put on layers and layers of this mask that hides who you are due to social circumstances and how you socialize. [The piece] is about how you strip away those masks. You go back to who you are as an individual and what that identity means to you,” Paspe said.

Paspe’s lessons from studying in Israel and continuing to dance over the summer will stay with her forever. Her busy schedule will continue when she has to choreograph for the Senior Choreography showcase in the fall. Paspe also had advice for incoming freshmen dance majors: “It’s very important that you do things that aren’t dance and you make friends with people that you’re not going to be with all the time,” Paspe said. She also stressed, “Always think about why you love dance and what made you start in the first place.”

CORRECTION: An earlier version of this article published in print Volume XXXV, Issue 8 on August 27, had the incorrect healine as “Theatre Alumna to Star in Off-Broadway Drama,” when the headline should have read “The Importance of Finding Oneself in Dance.”