Confessions of a College Senior 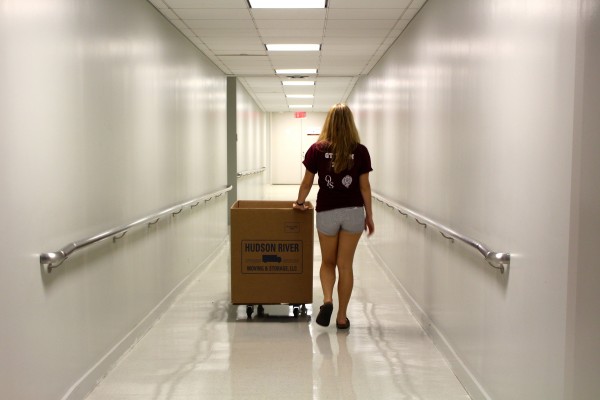 We've been waiting for so long...and now its here. (VIA FORDHAM OBSERVER)

There is something incredibly bittersweet about going into your senior year of college. If you’re sentimental, you’re just trying to savor every moment. If you’re just over undergrad life, you probably wish you could speed through to graduation. And some people are torn between both worlds.

It didn’t really hit me until I thought of how I would be an orientation leader for the second time in a row.  The freshman class will be graduating in the year 2019. By then, I will be a long gone from Fordham. Well, not that long gone, but it definitely felt that way when I was overthinking it and staring at my Fordham e-mail as it warned me that New Student Orientation (NSO) was approaching. It wasn’t a big deal until it suddenly was. My last move in, my last first day, my last time sitting in Pope auditorium for hours of welcoming excited, nervous and exhausted freshman. I remember when that was me. I remember being afraid, and nervous, and excited. I recall imaging what my college career would look like. The feelings are different but the same. Seniors are seasoned pro’s at undergrad life, even if it doesn’t always feel that way.

Speak up: So you’ve found your place here at FCLC. You’ve got it all figured out by now…or not. Either way, it’s never too late to start speaking up. Pardon the cliche, but college is about finding your voice – senior year is about perfecting its tone. Senior year comes with the advantage of finally starting to feel comfortable in your own skin. Even if you’re unsure, you’re now unashamed about your right to be unsure. You don’t have to have all the answers, but you owe it to yourself to speak up and be authentically who you’ve always wanted to be. If you’re still hesitant, ask yourself, what are you waiting for?

Don’t be afraid to make new friends: We know you’re probably already best friends with Leon and the rest of the FCLC security squad, (Don’t deny it. They know how often you seamless!) but that doesn’t mean new friends are out of the question. Senior year is not the mad rush of freshman year. Hoards of people are no longer desperate to find friends, but that doesn’t mean new friendships aren’t a possibility. So maybe you haven’t gotten it all right so far. Lots of people haven’t. People grow and people change and people still want to make new friends. Just because you’re hustling through your senior year doesn’t mean  that there isn’t time to form the lifelong friendships that you’ve always wanted. Put yourself out there.

Have fun: Whether you’re ready to admit it to yourself or not, this is the last time you’ll be doing the undergrad thing. School is important. Grades are important, but balance is everything. Know when to skip the night out and when to go to a concert with your best friend. Know when to eat cheap and when to spring for the fancy meal. Study hard, but don’t ignore the fact that you’re going to college in the best city in the world, or you’ll wake up senior year full of regrets and feeling like you’ve already run out of time. As of now, you’ve still got plenty of time. Make it count!

Step out of your culinary comfort zone: We get it, you know Hell’s Kitchen like the back of your hand. You’ve eaten at the good, the bad, and the unspeakable. You’ve seamlessed late into the night. You’ve got a favorite halal food cart, you know which flame diner is the real deal and you’ve taken the late night walk to Justino’s at least once during your Fordham career. We’ve all got our favorite quick fixes we can run too, but that doesn’t mean you should limit yourself to what’s convenient (and delicious). New York City is made up of thousands of worthy restaurants. You can eat anything you want, anywhere you want.  Do you really want to look back on your time here and say you are at the same five or 10 places? Your taste buds deserve better than that.

I’m nostalgic as I look out into a room full of anxious freshman. I’ll be happy and confident in the fact that it all comes down to five simple words: it’s going to be okay.