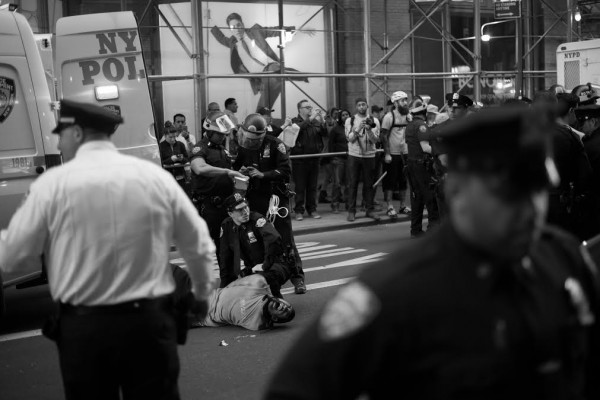 (PHOTO BY JASON BOIT/ THE OBSERVER)

On April 29, protesters gathered in Union Square to rally against police brutality in response to Freddie Gray’s death, a black man who died from injuries sustained during his arrest, in Baltimore, MD. Our photographer, Jason Boit, FCLC ’17, captured the event where at least 140 arrests were made.