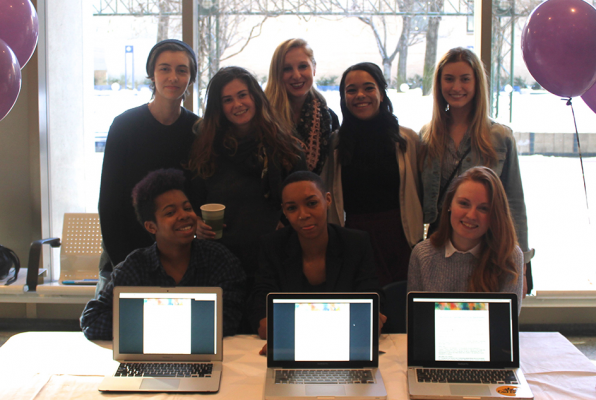 After six months of collaboration between The Positive, a task-force of students advocating for gender rights on campus, and Fordham Lincoln Center’s (FCLC) United Student Government (USG) and administration, LC’s and Fordham Rose Hill’s Student Affairs offices are in dialogue about the best way to potentially implement gender neutral bathrooms on campus for the fall of 2015.

Chris Hennessy, a transgender male and FCLC ‘15, spearheads the group and has met with Dean of Students Keith Eldredge and Director of Student Leadership and Community Development (OSLCD) and USG Advisor Dorothy Wenzel, Ph.D, since December 2014. The Positive began their initiative with a survey soliciting students’ gender needs on campus. The survey focused on the potential need for gender neutral bathrooms and was completed by 441 students.

“One of the first things Chris said was he wanted to gather more information [with the survey], and I respected that,” Eldredge said.
“I’m always concerned whenever students are unsatisfied, unhappy, not feeling safe or uncomfortable with any part of their Fordham experience. I certainly want to engage in conversation with them,” Eldredge said. “So I’m excited that a group of students have come forward with an issue.”

According to Hennessy, 90 percent of the students who completed the survey were in support of having gender neutral bathrooms on the LC campus.

The Positive’s goal is not to convert multi-stall bathrooms to gender neutral, but to establish already single stall restrooms as gender inclusive spaces. “Our strategy for attaining them right now, in the short-run, includes changing the signage of all single stall bathrooms on campus to be gender inclusive and to work to publicize those spaces,” Hennessy said. There are at least six single stalled bathrooms on campus currently, two in the lobby of the Law school, two outside McMahon 109 and two on the third floor of the Leon Lowenstein Building.

USG has been partnered with The Positive since January. “Where they see overlap, they want it to be collaborative. USG sends representatives to The Positive meetings and The Positive send their folks to USG meetings,” Wenzel explained. Occasionally, the groups attend each other’s meetings.

In regards to meeting with The Positive, Wenzel responded, “I’m happy to work with students to make a positive change and I’m happy to meet with them to see what we can do.”

USG members welcomed The Positive’s representatives to their meetings with Facilities to discuss moving their initiative forward. Leighton Magoon, USG president-elect, said, “I have been to the Positive’s meeting and I think they are a well established, well focused group that I think can make sustainable change here.”

There were a series of meetings involving members of The Positive, Wenzel, Facilities staff, and Joseph Lagville, president pro tempore of USG, chair of the Facilities Committee and FCLC ‘15. Facilities had to check state and city building codes to ensure the bathroom title change would not be a violation, according to Hennessy.

Leslie Timoney, associate director of campus operations, said there were two building codes pertinent to bathroom signage. One deals with the specific number of bathrooms required for females and males in buildings established by the New York State and another concerns New York City assembly permits.

“It’s not just signage that implies that this is a unisex space,” Hennessy said. “This is a proactive and conscientious effort to be gender inclusive.”

Hennessy has received some pushback from students. One student wrote in the survey that if students do not like Fordham’s Catholic ideals, they do not have to attend Fordham. To this, Hennessy responded, “I don’t think that Fordham is so conservatively Christian that they ask us to simply stay silent when we think that something is wrong–when we know that something is wrong.

“Everything that Fordham has ever taught me is that we should always be willing to question the norms around us and then once we have found an answer to those questions and have found that they are undoubtedly wrong it is our absolute ability to change them. Not to walk away.”
Visit fordhamobserver.com to watch more coverage of The Positive.

The Editor-in-Chief has worked with Chris Hennessy in two performances of the Vagina Monologues at FCLC.