Behind the Scenes: The New Media & Digital Design Major 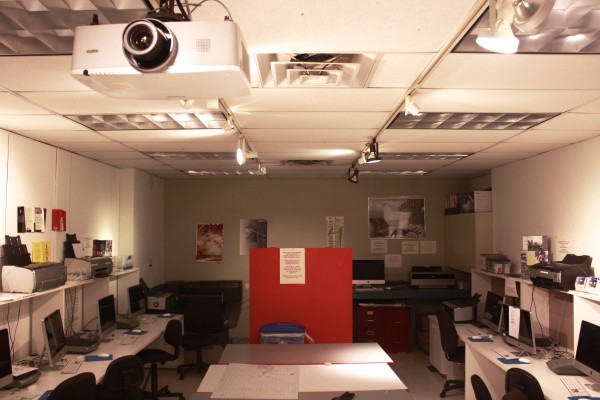 Surrounded by the fast-paced, competitive job market in the music industry, I always felt pressed to get internships. After applying to a couple, I made an interesting observation: most of these companies require technical skills in web and digital design. In to order have the “edge” over competing applicants, I decided to add another major to my academic career at Fordham at Lincoln Center: New Media and Digital Design (NMDD).

NMDD was initially thought of as a straightforward, visual arts program that utilized digital applications. However, after much discussion amongst faculty, committees and the administration, the vision of NMDD started to shift. “A number of people involved were thinking of incorporating aesthetic concerns in some of the larger cultural, social concerns connected in new media and the many changes [new media] is bringing to the workplace and careers,” Amy Aronson, associate professor of communication and media studies and program director of NMDD, said.

According to Aronson, the major took approximately one year to get approved by the Fordham faculty committees and New York State. “Original meetings were in the fall; the final proposal was approved by various councils within Fordham. In the spring, it went to the state for the approval, and [NMDD] got approved in the summer,” she said. “It was quickly approved, which is a great thing; we were very fortunate that it didn’t take a long time.”

After the major was approved last summer, NMDD was able to officially launch in September. 37 students, including myself, registered for NMDD over the course of the academic year. The major currently has 37 majors and four minors. I already major in communication and media studies with a concentration in journalism – I think that double majoring in NMDD accompanies journalism well; the major utilizes popular digital applications, such as Adobe Premiere and Photoshop, which are useful skills to have in this new age of journalism.

The major is dynamic, in that the courses are scattered throughout five different departments at Fordham: communication and media studies, English, computer science, visual arts and the Gabelli School of Business. This is what made the program so appealing for me – I have the ability to try out graphic and digital design, without necessarily being a visual arts major. This major gives me some wiggle room to improve my writing, analytical and design skills.

Because the major can go in many directions, there are three different concentrations in NMDD: the information track, which is more of digital journalism and cross into digital marketing and information design; the art, text and design track, which has more visual arts courses, with a focus on web and mobile design, animation and video; and the commerce track, which involves elements in the Gabelli School of Business, such as entrepreneurship and marketing.

When declaring the major, I chose to go into the art, text and design track of the major. The visual arts classes within this track, which include visual thinking, digital photography, film and digital design, will equip me with the skills necessary to customize my company’s web presence.

The one intro course of NMDD, Explorations in Digital Design, shows new majors how to conceptualize how design works in the larger scheme of things. “That intro course redefines design in larger aesthetics, but also involves strategic and organizational applications,” Aronson said.

Furthermore, this introductory class allows my classmates and me to build and digitally design our own application or website that addresses a local social concern in New York City. I am in the process of constructing an interactive map, which pinpoints affordable apartments for recent college graduates; this application is meant to address thelac of affordable housing in New York.

After its first official year, NMDD is set to launch four new courses; the Data Visualization and Professional Social Media courses will be introduced this fall, and Designing Smart Cities and the Internship Seminar will be introduced next spring. “NMDD is a little different than the other majors at Fordham; the classes are more applied and pre-professional. We don’t really have any theory classes and history classes; it is not analytical in that way. It’s more into strategy, and you learn how to build and create things,” Aronson said.

Moving forward, Aronson hopes that the NMDD program will stay responsive to the changes in the work field and the independent interests of students. “The advantage of starting new: [NMDD] is kind of a made up, interdisciplinary thing with pieces and strands from these various departments that were developed by Fordham faculty. This allows us to stay agile and stay open and keep trying to evolve in different directions to serve the interests and needs of our students going forward,” Aronson said.

Furthermore, Aronson hopes that students will explore their own interests by majoring in NMDD. “I expect that many of the students will create their own customized track – you could go a million different ways with it,” she said.

For 37 students (and more to come), they are tailoring their own personal career path with NMDD. For me, I plan on utilizing my design and web skills in a career in the music business.