Should We Be Defined by Standardized Testing? 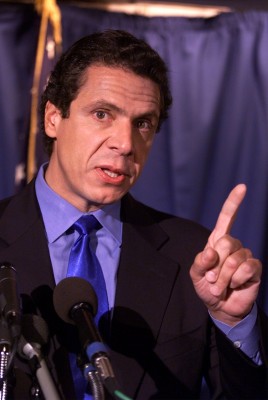 As the end of the school year approaches, New York City school districts have expressed opposition to Governor Andrew Cuomo’s proposed education reforms. He intends to use the results of standardized testing as the main way to determine the success of schools in New York districts, and eventually decrease the number of “failing” schools. Recently, there have been protests involving parents, teachers, union leaders and even some students voicing their opinions regarding the governor’s ideas. Demonstrators held up signs saying “more teaching less testing” and “I am more than a test score.”  But while the school districts discuss boycotting the standardized tests in protest of the proposed reforms, the governor threatens the schools’ funding, and lawyers threaten the teachers’ jobs.

At the root of this conflict is how each party sees fit to implement changes in the school system to affect the individual schools that are not providing adequate educational opportunities to their students. Gov. Cuomo’s plan was developed for this purpose. Standardized testing has always helped school boards assess the quality of their teachers. The government’s support for testing is based on the assumption that the scores students achieve on standardized tests directly correlates with the quality of the school environment. The state school board takes into account how many years bad test scores were recorded for individual schools, and acts when test scores are too low.   Determining whether or not this method would be effective comes down to whether or not yearly standardized tests are an accurate indicator of student performance. Ultimately, they are not.

State standardized test questions are driven by content determined by school officials for the state who work at a far distance from individual schools and students. Often, the tests inaccurately follow the progression of learning specific subjects, because different students across a wide range of schools learn the same material at different speeds. And when officials attempt to standardize a set of questions, their results are either too challenging or not challenging enough, and they tend to focus on topics that are either antiquated or obscure (or both). Problems arise not as a result of the state officials’ collective intelligence, but rather because of their distance from individual school communities. The sheer impossibility of being able to experience the classroom environment and progression of the student’s learning diminishes the officials’ ability to devise useful tests.

As the many school districts across the nation become more progressive, they are coming to terms with the inconsistent results that standardized tests (ironically) provide. Deciding to act against them is a decision motivated by valuing the individual student, but at the same time, it does not solve the problem of standardized testing. Increasing the tensions between the New York state government and New York City districts can surely send a message, but it still leaves young students in an educational limbo.

Trying to pull together information about large districts that attempts to define the knowledge of the thousands of individual students in these districts is challenging, but the key to success is a focus on detail. Individual school boards should work with their teachers to compile data on the growth of students in different subjects throughout the year. Each subject should have its own medium for display, and the range of information that the schools send to the state could be narrowed down by the state’s standards. For example, in elementary school math, a great deal of importance is placed on the multiplication table. Teachers can report on how their students worked with the material, and how their grades fluctuated. They could create graphs detailing the growth or decline in grades on tests that they devised throughout the year on the specific lessons. At Fordham, great student literary work is showcased through printed books such as the EP 10.0 2014 “A Magazine of Great Freshman Writing.” This same model could be used to display a range of young student literacy to the state government.

Education in the United States is a system that requires adaptation and evolution in order to be successful. The importance of each student within large schools and districts must be taken into account. Quantifying students as a mass of districts will not result in increased student knowledge across the state. So rather than placing their focus on generalized test results, the state school board of New York should be looking at as many details from their schools as possible. The details can be obtained through examining student work and data directly from teachers across the state. Only through specifics can the worst problems of the school system be pinpointed and resolved.