A Tour of The Church of St. Paul the Apostle 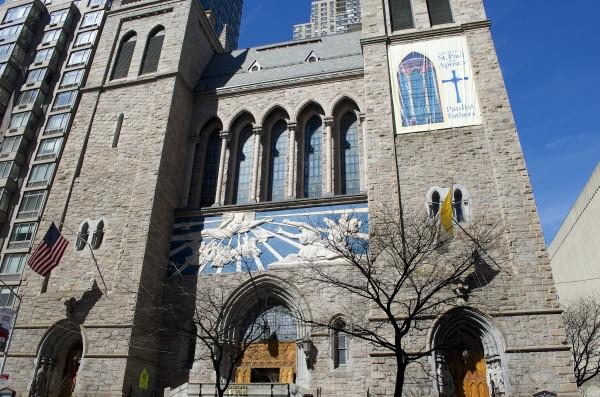 St. Paul's Church was evacuated on November 3rd because of a bomb threat in the area. (Paula Madero/ OBSERVER ARCHIVES)

As the third largest church in New York City, The Church of St. Paul the Apostle is full of history and unique architecture design. Standing next door to Fordham College at Lincoln Center (FCLC), its elaborate history connects to the Fordham community in a subtle way. On Thursday, March 12, Robert J. Reilly, assistant dean of the Law School, and Campus Ministry hosted a tour, discussing the church’s rich history, architecture and art. 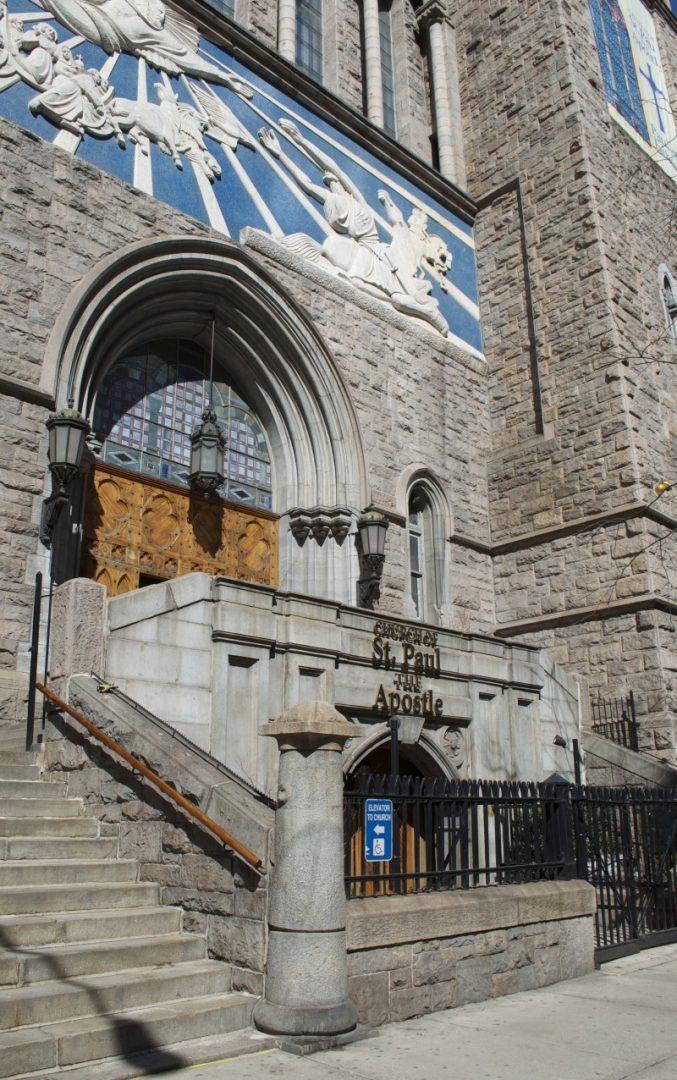 According to Reilly, the history of this church began in the 18th century. “The construction of the church was a response to the anti-immigrant and anti-Catholic sentiment in New York,” he said. At the time, the Know Nothing Party emerged as anti-immigrant and anti-Catholic leaders; as a result, there were many attacks and threats on Catholic churches.

Isaac Hecker, a Catholic convert, was the founder of building The Church of St. Paul the Apostle. Hecker converted to Catholicism and was baptized by the first president of Fordham, Cardinal John McCloskey, Archbishop of New York. After Hecker converted to Catholicism, Archbishop Hughes, who was founder of Fordham and protector of New York Catholics in the 18th century, allowed Hecker to have a church built on 59th Street. This church was The Church of St. Paul the Apostle.

The Church of St. Paul the Apostle was originally built in a Late Gothic Revival style; its design was made to be American. Since Hecker was originally a Protestant, he wanted the church’s design appeal more to a non-Catholic crowd by making the church’s style more European.

Because the church has a strong European influence, elements of The Church of St. Paul the Apostle differ from that of other churches in New York City. For instance, the church has a grand step entranceway, which is uncommon for American churches.

Hecker wanted the church to be dark and contemplative; he bought stones from a dismantled reservoir to build walls 8-feet thick. These dirty stones contributed to the dark atmosphere of the church. However, in 1992, the stones were cleaned up and returned to their original pink hue. Since then, the church no longer has the dark interior of old.

Unlike many Catholic churches, there is plenty of modern artwork inside The Church of St. Paul the Apostle. In addition, another unique element of the church is the strong angelic theme at the main altar. The gold cross at the altar does not have Jesus on it, a rarity in a Catholic Church. However, a cross with crucifixion was later added to satisfy Catholics.

Some students have never been to the Church of St. Paul the Apostle, but are still eager to see it. “I’ve been wanting to check it out for a while,” Stephanie Ali, FCLC ’16, said.

Students think that the church, as well as campus ministry, helps tie together the Fordham community.  “I think that Fr. Gil has really done an amazing job of creating and cultivating this community of love and inclusion. It’s great that they opened up the young adult mass to the Fordham community because of the energy and the unity that it brings,” Mike Macalintal, FCLC ’15, said.

There seems to be a goal in fostering a stronger community, whether it is for church or not. A member of campus ministry, Andrew Abenssett, FCLC ’16, said, “Campus Ministry wants a stronger presence. Hosting this would have people [the Fordham community] know we’re always there for them and their spiritual needs.”