We May Not Be Ready for Net Neutrality 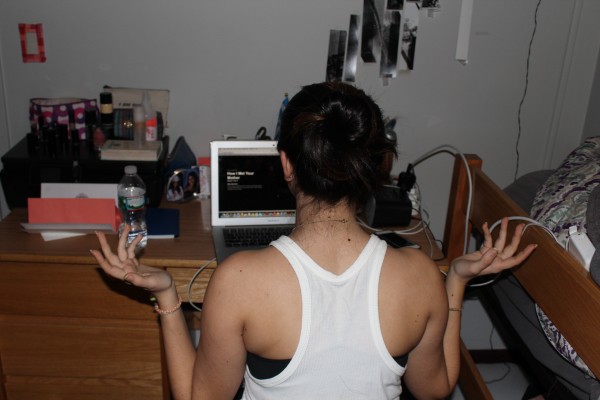 The most recent internet-themed battle going on has been related to the idea of “net neutrality.” The Federal Communications Commission (FCC) has just agreed to begin adopting policies in favor of net neutrality, and while it sounds like a progressive development, not many people know what this actually means.

]The main point that proponents of net neutrality continuously highlight is the fact that it will end the practice of purposely slowing internet access speeds for service providers that do not pay certain premiums. This means that, for consumers, download and upload speeds will not be affected by what company you choose as a carrier, and bigger “internet giants” will not be able to play favorites with middle-man internet companies. All good things, right?

Of course, this would assume that “internet slowing” was some form of epidemic affecting the vast majority of consumers.

An opinion given by Robert J. Samuelson of the Washington Post in a piece called “Be Skeptical of ‘net neutrality’” made the point that the FCC never produced a single report indicating that intentional internet slowing was a “widespread” behavior, but even if it was, it wouldn’t call for additional regulation of the internet. It’s like stationing a bodyguard in your house and letting him dictate your behavioral patterns “for your own safety” when in actuality there is no one out hunting you to begin with. But, too late, you’ve already given the bodyguard free reign to do whatever he wants because it’s for a good cause, right?

And that’s the problem: pseudo-good-causes. We see the word “neutrality” and think “hey, everyone’s equal, that sounds like a good thing, right? We should support neutrality!” But a word’s connotation does not necessarily carry over to the issue. Let’s assume that the vast majority of internet service providers were in fact offering slowed service to consumers, essentially meaning that their Netflix streaming and bit-torrenting was nowhere near as fast as it could have been. It sucks for consumers, but the beautiful thing about living in a capitalist society is that competition is king; if you are unhappy with a product or service provided by company A, then all you have to do is take your business to company B.

But applying additional regulation is a dangerous game, especially since the internet is still in a sort of a legal limbo and criminal and business law has yet to actually catch up to it. The new net neutrality ruling essentially applies Title II of the Telecommunications Act of 1996 to internet service providers. This turns the internet into a public service and places many restrictions on internet service providers. Problem is; times change. The Telecommunications Act was initially only meant to apply to cable and telephone providers (such as AT&T) and was designed to prevent single entities from holding regional monopolies and to prevent telephone and cable companies that served the same area to enter into joint ventures. Overall, it was focused entirely on ensuring fairness in the economic market.

But that was 19 years ago, and applying Title II to service providers now implies that we are dealing with the exact same anima. There’s very little indication that our laws are anywhere near the goal of catching up to the developing beast that is the internet, and attempting to apply old outdated laws is certainly not a progressive way of dealing with the problem.

Don’t misunderstand me; I’m not saying that there aren’t legitimately concerning issues present in the state of how the internet is operated and how access is granted, because there most certainly are. What I’m saying is that while something may be well-intentioned it will almost certainly result in disaster if approached in a manner incompatible to the situation. Remember the Stop Online Piracy Act (SOPA)? It was a proposal to combat the growing trend of online piracy, and yes, it was and still is a very serious matter. People are losing millions of dollars because their creative property is stolen and leaked onto the internet without generating any revenue for the respective artist. In short, this hurts the entrepreneur, and something needs to be done. But SOPA attempted to apply pre-existing copyright laws in the domain of the internet, and if it succeeded then it would have resulted in constant government surveillance of anything and everything that ended up on the internet as part of a search for piracy. Many feared that this could cause shutdowns of entire web domains and would ultimately lead to an unprecedented campaign of online censorship as the pirates would be snuffed out. It’s very possible that the critics were right; copyright law as it exists simply doesn’t account for these kinds of consequences, and again a lot of it has to do with the fact that it hasn’t caught up to the internet quite yet.

Is net neutrality a bad thing? Well, theoretically, no. But in times like this we have to remind ourselves that everything has its price, and we must ask ourselves if this price is worth paying. For better or for worse, the internet has existed as a free-speech forum regulated mainly by service providers; it is now a public service regulated by the FCC. Is this how we want to define the internet? At least until the law has caught up to it, probably not.