Choosing Not to Vaccinate Puts Everyone at Risk 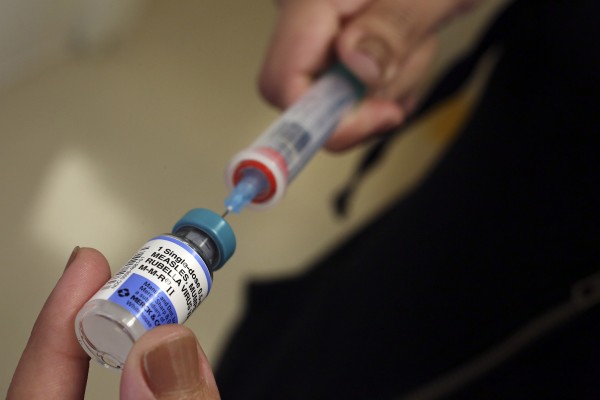 In Dec. 2014, seven cases of measles were reported at Disneyland, California which quickly escalated to 121 cases in 17 different states and the District of Columbia, as reported by the Centers for Disease Control and Prevention (CDC) on Feb. 9, 2015. Given the highly contagious nature of the disease and the threat that it poses to national health, lawmakers across the U.S. have finally started pushing for legislation that mandates vaccinations for children and eliminates belief exemptions for parents who choose not to vaccinate. Seeing as Fordham experienced a mumps outbreak in the spring 2014 semester and still allows students to fill out vaccination waiver forms before entering the school, I hope the Fordham administration and New York will push for similar legislation to be passed. Since most vaccinations are not 100 percent effective, all individuals must be vaccinated in order to decrease the likelihood of outbreaks. Any law mandating vaccinations is critical to the health of our nation because unvaccinated individuals put everyone at risk for diseases, not just themselves.

Though I am a firm believer of allocating power to the people to make their own decisions, I don’t believe that vaccinating should be optional. While some individuals are exempt from vaccines because of health risks, I cannot simply wrap my head around the fact that some parents willingly choose not to vaccinate their children, or themselves, for whatever reason. The fact is that the anti-vaccination movement is not based in fact: at its very core, especially with prominent advocates like actress and television host Jenny McCarthy, it’s fear-mongering.

Although some non-vaccinators argue that vaccinations are not necessary because certain illnesses are rare, the truth is that these illnesses are rare because of the continued and widespread use of vaccines. Vaccinations save 2.5 million children from diseases each year and have decreased measles in the United States by 99 percent, according to the CDC. On the flip side, since the anti-vaccination movement gained traction, from 22 percent of parents refusing or delaying immunizations in 2003 to nearly 40 percent in 2008, “the U.S. saw outbreaks of diseases like measles, mumps, and whooping cough [for the first time in decades],” according to National Geographic.

Another common line of reasoning behind choosing not to vaccinate is that these illnesses are “not so bad,” although 43 of the reported cases of measles this year lead to hospitalization, which I would not consider to be “not so bad.” Not to mention, the CDC has called measles “[t]he most deadly of all childhood rash/fever illnesses.” Third, while certain vaccine ingredients pose a concern for some people, most specifically aluminum, babies are actually exposed to more aluminum from breast milk than from any type of vaccination.

And finally, for those who believe that vaccinations are linked to Autism, stemming from Andrew Wakefield’s fraudulent 1998 study (that arguably caused the birth of the anti-vaccination movement) it’s worth knowing that not only was Wakefield’s research completely discredited, but he was stripped of his medical license. The thousands of men and women who put themselves, their children and others at risk are rallying behind a theory which has absolutely no truth to it and is propagated by a man with no professional credentials.

Given the poor—contrary to science, facts and any kind of tangible evidence—reasoning behind vaccination waivers based on belief, the U.S. government and Fordham must eliminate these exemptions to improve the health of our school and nation. As the mumps outbreak on campus proved to us, diseases spread quickly once introduced into a community, especially one in which students and teachers alike are in close quarters, not to mention the fact that more than half of the Fordham College at Lincoln Center (FCLC) population commutes home every day, putting tens of thousands at risk and being put at risk themselves. In order to prevent a disease outbreak from occurring again, Fordham must push for the elimination of immunization waivers because the benefits of vaccinations exceedingly outweigh the dangers, and allowing individuals to enter into the Fordham community who are not vaccinated puts the whole student body at risk.