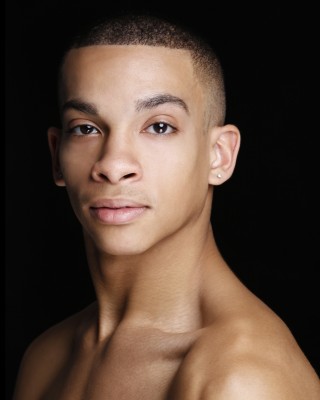 As the saying goes, one man’s misfortune is another man’s gain. Gabe Hyman, Fordham College at Lincoln Center (FCLC) ’16, joined the ranks of an apprentice at Ailey II, where he was given the opportunity on tour while filling in for an injured dancer.

Ailey II, the second company of the Alvin Ailey American Dance Theatre, was created by Alvin Ailey as a means for young students to transition into professional dancers. The 12-member company caters to an international audience and will be touring Germany, France and Jamaica this season.

For Hyman, “the hardest part about being an apprentice is not being a company member who gets certain parts in the pieces.” An apprentice is expected to attend all rehearsals and learn company repertoire. They understudy various parts and fill in for missing dancers. “You don’t get the chance to perform full out but can be thrown in at any time. It’s a big responsibility keeping up with all the different dances because you never know what can happen.”

The opportunity to join this company is the product of years of training. Hyman started his dance training at the age of 10 when his mother urged him to audition for a performing arts middle school. A few years later while attending Virginia School of the Arts, Hyman realized his zeal for dance and decided to spend the next decade pursuing this art form.

He idolized Clifton Brown, one of Ailey’s acclaimed dancers. “I fell in love with the way he danced,” Hyman said. “I wanted to dance like him.” This resolution helped Hyman push his per sonal limits and constantly improve his work.

Hyman’s revere for Brown led him to fall in love with Alvin Ailey American Dance Theatre and eventually helped his decision to be a part of the Ailey/Fordham BFA program. During the spring of his sophomore year, Hyman was invited to audition for the second company. “I was going in with no expectations because you never know what can happen or who they’re looking for,” he said. After making it through all three cuts of the audition, Hyman was offered an apprenticeship with Ailey II.

When a fellow company member was out for an injury, Hyman was utilized his knowledge and years of hard work and perform with the company in his place. This fall, Hyman traveled with Ailey II to perform in Connecticut, Maryland, Vermont and Ontario, Canada. The opportunity gave him a chance to perform the pieces he had been rehearsing on the side in works including “Virtues” choreographed by Amy Hall Garner, “Breakthrough” choreographed by Manuel Vignoulle, “Wings” choreographed by Jennifer Archibold and “The Revelations” choreographed by Alvin Ailey.

The physical demands of performing were just one aspect of the tour. Hyman explained, “On tour you start with a travel day. When you get there you have a master class where you have to demonstrate or teach. Then you go to the theater for a warm-up class, have tech rehearsal, then perform. After the show you go straight on the bus to the next city, get there at 2 a.m. and do the whole thing over again.” For Hyman, this was his first taste of the true flesh and blood of professional life. “It’s hard because you’re tired, and you have to keep pushing yourself. You need to learn when to rest and take care of your body. That’s something I definitely wasn’t ready for.”

Although the taxing schedule posed a challenge for Hyman, it further served as a testament for his love of dance. From a young age, Hyman dreamed of transcending on stage in the way he Brown did, now as an apprentice with Ailey II, he can amalgamate his passion and hard work and establish himself as an artist. Hyman explained, “The greatest thing I’ve learned being an apprentice is that you have to put on different hats at different times. You need to be on top of things because you never know when someone is sick or someone is injured, and that’s your responsibility as an apprentice to fill in and take the opportunity when given.”

Hyman’s talents serve as a beacon of promise for the upcoming generation of dancers. It is clear that his hard work and passion will continue to drive him. “I’m looking forward to where my dance career will take me. I can’t wait to graduate and move on to the next step in my dance career and see where I end up. I’m very open to new experiences in the dance world and I’m ready for whatever comes.”