Listen Up: Art Is Not Useless 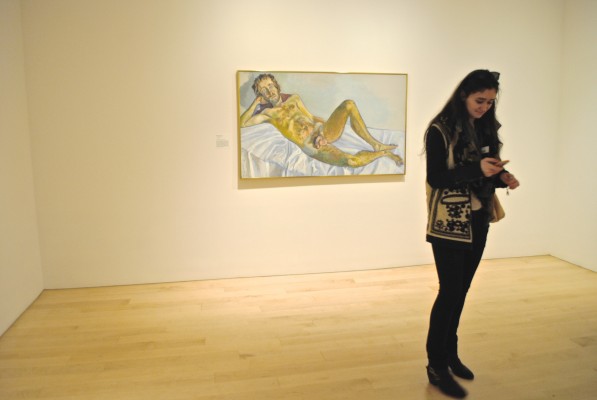 Art speaks to us even if we aren’t listening. (Tessa van Bergen/The Observer)

I often hear that “art is useless,” “art is stupid,” or that “art doesn’t matter,” but the exponents of this most barbaric idea have no clue what they are talking about. There are many parents who, after their child tells them they are going to spend four years and a lot of money majoring in art, laugh and then demand they get a business degree. Although part of this could be attributed to the aggressively financial mentality of American education, where you put in money now to get a higher salary in the future, much of it can be attributed to the devaluing of art itself. Artists have been seen as the sole pride of many a nation yet derided as the workers of many a fast-food chain. Because art is not seen as a pipeline to a six-figure salary, society is undervaluing its significance.

Ages ago, it would be unthinkable that someone would actually have to defend artists and their work. The ancient Greeks took great pride in their architecture and how it differed from those they considered barbarians, and Italy considered itself the center of civilization for much of the Renaissance because of their myriad of highly skilled artists and sculptors. However, in today’s industrialized world, where the term “opportunity cost” looms over every activity we perform, it is more and more common for people to question whether art is useful. There are many ways in which it is, but for now I would like to point out only one: history.

The art of a nation, empire or tribe at a certain time period can speak volumes about that society’s values, beliefs, culture and its relation to other societies. The most glaring example of this is found in architectural works: The Flavian Amphitheatre in Rome stands as a monolithic testament to the empire’s glorification of bloodshed and disdain for the lives of those they deemed enemies of the Senate. Just by looking at the pyramids and sphinxes in Egypt, one can have a clear picture of the esteem to which the Egyptians held their nobility. The Gothic architecture of late medieval Europe provides onlookers with a chilling glimpse into the image of the Catholic Church during the time period: monumental, towering, majestic and yet somber, eerie and omnipresent.

And if not in architecture, one can look for the representation of a society’s philosophy in paintings: the Sistine Chapel, adorned with Michelangelo’s works, is a clear message of what Renaissance Europe believed: God is everywhere. Standing contrary to this testament to the physical nature of the metaphysical supernatural is Cubism. This was also European art, but whereas Michelangelo focused on real depictions of a formless deity, Picasso painted formless pictures of the real world, rather than the divine. One of his more powerful works, “Guernica” (1937), shows the terror of the European people in the wake of mechanized warfare. It is also around this time that the existentialist movement gained much traction in Europe, a period where people had gone from appreciating the beauty of the natural world to questioning its very existence.  Instead of reading volume after volume of Sartre, one could just examine Guernica for a few moments, and the mindset of the time period would be just as clear, if not more.

So there you have it. A brief description of just one way in which art can be useful: Art speaks through the ages. Whether it be with words or not, art can tell us much more about the philosophy of a society than textbooks and news articles. So go ahead and get your visual arts major, follow your dreams of becoming the new Botticelli and sculpt something breathtaking, because you are not only working for a paycheck: You’re making history.