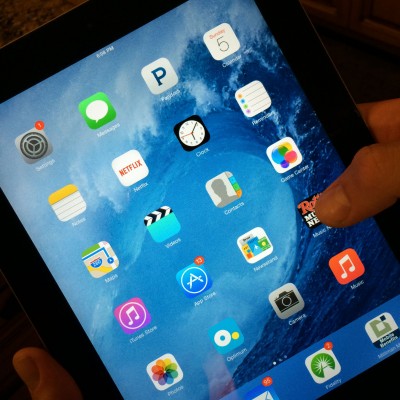 Wait, privacy is still a thing? In the age of Facebook, Twitter, Instagram and every other social media platform, do we even remember what it’s like to keep anything private? Technology has increasingly made it so that it seems normal for everyone to share almost every aspect of their lives. Whether it’s the food you just ate, your #OOTD (Outfit of the Day), or a picture of your name misspelled by the barista on your Starbucks drink, sharing your life and waiting for those likes, favorites and comments are simply a part of the daily routine in our current society. Because of this, what is private and what is personal has become hard to define.

If we think about the advancement and popularity of technology and social media, it’s easy to see why many people have come to disregard their own privacy. The top offender for this category is without a doubt the smartphone. According to a study published by Nielsen, 71 percent of Americans now own a smartphone. This small, incredibly popular gadget has become an indispensable piece in the loss-of-privacy puzzle.

Without a doubt, smartphones are enablers of the social media epidemic in which people are called to share their every move. For example, if you’re at lunch with a friend, you have the ability to upload a picture instantaneously and tag your friend and location. Whereas before you would have to roll up the film on your disposable camera and develop pictures to show someone what you did, now it is almost unnatural to go without posting a picture to let the entire world, or at least your audience, know your current status. The pre-selfie world is hard to even imagine because of how easy technology has made it to share pictures as soon as you take them. Additionally, smartphones almost force people to jump on the social media bandwagon as certain apps are pre-installed. Of course, users still have a choice, but take the Android, for example, which has Facebook and Twitter already in the menu as if they were simply part of the settings.

Being that social media platforms are mounted onto smartphones, and in turn, basically onto our lives, it is difficult to even talk about privacy in a world where social media exists. I mean, it’s called social media for a reason. The word “social” implies being with people, relating to them or sharing. Indeed that is exactly what social media has become and more. Everything from where we live, to birthdays, to what school we attend is open for people to look at. Once you sign up for the service, you fill those boxes in as if it were natural to just give out very personal information. And again, there is only one thing to do on social media: share! You can share information, pictures, stories, but no matter what, everything you do involves giving out private information.

Now let’s revisit that first thought: Is privacy still a thing? I would argue that it is and it isn’t. It is because we still have a sense of what we think we shouldn’t share with the world and many of us are still cautious with what we post online. However, I also argue that it isn’t since we are still quick to fill in those blanks with very personal information that we would have never shared so easily, yet social media makes it easy to forget that. Technology enabling us to have such easy access to social media and it being so prevalent in our culture has made most of us immune to the fact that our privacy is being lost and that most of the time, we are the ones responsible for that.