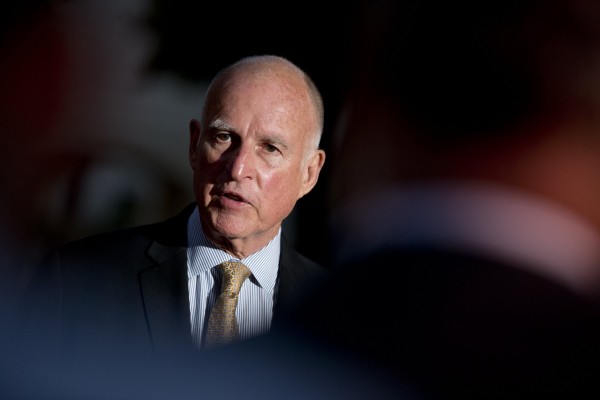 SB-967 defines consent as “affirmative, conscious, and voluntary agreement to engage in sexual activity.” Furthermore, the bill clarifies that consent must be ongoing, sober and neither silence nor lack of resistance constitute as consent.

Wallis Monday, president of In Strength I Stand (ISIS), a feminist organization at Fordham College at Lincoln Center (FCLC), said “It’s not just about consent, as much as it is education about what constitutes consent.”

President of the National Coalition for Men (NCFM), Harry Crouch said, “There’s absolutely no evidence anywhere, zero, nada, zip, nowhere on the planet that supports the notion that this legislation will protect anybody from anything.”

Crouch believes the bill’s language is too expansive and unenforceable.

“If you are a couple and you’re married, sitting on a campus park bench … and you want to reach over to give your loved one a hug and a kiss, and some ideolog is walking by, from the Women Studies department or Title 9 office or diversity program, they are obligated to report it as a sexual act if they are a student or faculty,” if there is no audible consent, Crouch said.

Monday said, “‘Yes Means Yes,’ the name, sounds a little ideological, however the nature of the bill itself is not ideological,” she said.

Meghan Warner, director of students assault commission and co-chair of Greeks Against Sexual Assault at University of California, Berkley, said, “The point of the bill isn’t to just label everything sexual assault.”

Rather the bill “is to help students who report so they can finally get justice and perpetrators can finally be removed from campus,” Warner said.

Warner was among the California student survivors who urged Gov. Brown to sign SB-967.

Crouch believes, “These policies are intended to basically set the stage for accusations to take place where men are going to get punished.”

SB-967 uses gender neutral language, such as “he and she” when referring to all parties involved in assaults.

“Laws might be gender neutral and inclusive, but their applications are not—It truly is a war on men,” Crouch said.

“This is a very gendered issue, so we cannot take gender out of the conversion,” Warner said.

“Men are victims of sexual assault as well and deserve the right to enter into situations with full consent,” Monday said.

She continued, “We do tend to focus on women victims more because that’s who the majority is, however, it is inclusive.”

According to the “Rape and Sexual Assault: A Renewed Call to Action,” a study published by the White House, one in five women are victims of rape while one in 71 men are victims.

Instead, “Those situations need to go to law enforcements, and if we have serial rapists, they need to be picked up and imprisoned, taken off campus immediately,” Crouch said.

Warner disagreed: “Going through the justice system is very difficult, time consuming, triggering and ultimately results in very little justice. Only three percent of rapists ever go to jail in the first place just of those reported.”

Warner and Monday think all other states should adopt the standard set by SB-967.

New York Governor Andrew Cuomo seems to following in Brown’s footsteps. On Thursday, Oct. 2, Cuomo announced the restructuring of the State University of New York’s policies for preventing, investigating and prosecuting sexual assault across all of its 64 campuses.

Cuomo said, “There has been an epidemic of sexual violence in this country that is truly disturbing and is inarguable.”

He described the phenomenon as a “societal problem” and gave SUNY 60 days to establish the standard of affirmative consent, create a Sexual Assault Victims’ Bill of Rights, a document informing victims of their right to report to the police and campus security, among other changes. He promised that statewide uniform policy to combat sexual assault on campus was coming.

Dean of Students at FCLC, Keith Eldredge said, “It is encouraging that increased attention to campus sexual assault appears to be shifting the emphasis on this important issue that stretches well beyond the gates of colleges and universities.”