No Deportation Without Immigration Reform 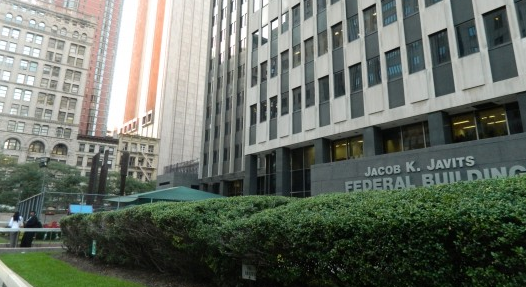 I’ll always be an advocate of legal immigration, but in the midst of our country’s current immigration crisis, the legal channels we have in place simply aren’t going to cut it. Before we make the argument that the millions of undocumented immigrants currently residing in the United States should be deported and then enter the country legally, it’s important to completely reform the current immigration system, updating it for the 21st century.

At a forum held by Fordham University’s Center on Religion and Culture and Center for Ethics Education, “A Crisis of Conscience: What Do We Owe Immigrant Youth and Families?” on Sept. 16, Ken Salazar, former U.S. secretary of the interior, Sarah Burr, New York immigration judge and former attorney for the Legal Aid Society in New York and Gabriel Salguero, pastor of the Lamb’s Church in New York and president of the National Latino Evangelical Coalition (NaLEC), all presented their expertise and offered commentary on what Salazar called “the No. 1 civil rights and humanitarian issue of our time.” Some 12 million people, he stated, “live in the shadows of our society,” and we have yet to take action on the critically important issue of immigration. It’s not a question of whether or not our country needs immigration reform—it’s a question of why it hasn’t been done, what stands in our way and how to remove those obstacles.

What is important to understand is that these undocumented immigrants cannot enter the country through legal means. Most do not have family already residing in the United States and so cannot apply for legal entry via this path—or for the few that can, the process can take decades. The other legal routes to obtaining a green card are through a job, through refugee or asylee status, or through the diversity lottery. However, these routes are not available to everyone and are dependent on many factors including, but not limited to, the country the immigrant is from, his or her employer and simple luck.

In other words, legal immigration is rarely possible, and for the millions of undocumented immigrants and thousands of unaccompanied immigrant children in the United States today, the outdated immigration system—which operates in a 20th century context and fails to address the social, economic and political climate of today—currently in place requires time and money that they simply don’t have. Beyond this is our deeply flawed legal system, which, while it provides counsel free of charge to those who cannot afford it in criminal cases, does not provide free counsel in civil (including immigration) cases. This is because a defendant in a civil case does not face imprisonment—however, in an immigration case, they face deportation, which Burr sees as just as bad, and in many cases, worse than imprisonment. Burr says that New York is lucky in that the state was able to secure enough funding to provide all juveniles in immigration cases with a lawyer free of charge if they need one, but this is not true in many places in the United States. Oftentimes, young children with little to no understanding of their own situation, let alone law and courtroom proceedings, are forced to represent themselves. So how can we justify separating families and deporting children if they’re not even given true due process of law, which Burr defines as “fundamental fairness to all persons in all proceedings, civil and criminal”? How can millions of people whose lack of resources forced them to resort to illegal immigration—because it is a last resort—be expected to pay exorbitant legal fees?

Salguero said it right when he said “Immigration built this nation.” America is a country of immigrants—less than 2 percent of the population is Native American, and more than 98 percent came to this country for one reason or another—and we can’t forget that.

Immigration reform would give our economy a billion dollar boost: a 2013 Congressional Budget Office (CBO) study found that immigration reform would increase America’s Gross Domestic Product (GDP) by about $700 billion by 2023, and by an astounding $1.4 trillion by 2033. The reasons for this are many and varied, including, but not limited to, the fact that immigrants start small businesses (the Partnership for a New American Economy found that nearly a third of small businesses founded in 2011 were started by recent immigrants), businesses create new jobs and that many of the people streaming into the United States are skilled workers—imagine the new robust tax base this will create.

But even if the financial benefits of granting citizenship to millions of hardworking men and women were not as immense, it would simply be the humane thing to do. Pope Francis called the immigration crisis a “humanitarian emergency,” and that’s exactly what it is. A current initiative by President Barack Obama to grant citizenship to the 12 million undocumented immigrants has been stalled, and even Republican immigration activist Senator Marco Rubio has taken increasingly stricter anti-immigration stances. How can political leaders claim to represent the public’s interest if no meaningful action has been made in the area of immigration when nearly every single American wants to see immigration reform of some kind? And how can the United States continue to tell other world leaders how to better run their countries if we can’t even address the very real human rights issues at home?

Even if we disregard the fact that mass deportation will rip families apart and throw refugees back into the dangerous situations they escaped from, the increasingly xenophobic and anti-immigration stances that we’re seeing our leaders take are at best hypocritical, and at worst, detrimental to how we are perceived by the rest of the world.