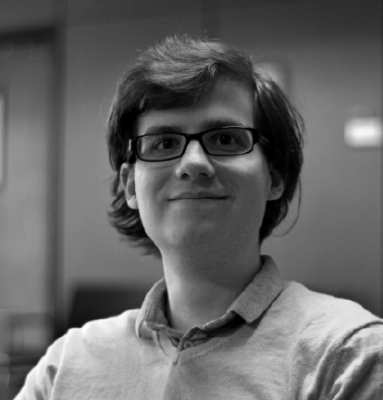 Students at Fordham College at Lincoln Center (FCLC) have recently found that their academic, social and intellectual interests can also be financially beneficial. What’s better? Most are using this financial gain to expand their knowledge by pursuing further and more engaging degrees, eventually aiming to do a lot of good.

Finding out about her Truman Scholarship win was a little jarring for Nora Dwyer, FCLC ’15.

“It was a bit of a delayed reaction, but I got there eventually,” she said. Sitting in her midtown apartment, she received an email from the Rev. Joseph M. McShane, S.J., president of Fordham University. “I read it and I don’t think it really registered the first time, so I read it again. I was kind of in shock, so I told my friend and she got really excited and then that made me really excited. Then I had to call my parents and they got very excited, which made me more excited.”

Dwyer said that it would be difficult to pinpoint a single moment that could adequately mark her interest in public service, but her mother’s dedication to service was very influential.

“I kind of just grew up around that and I admired her philosophy around it; it’s just important to be kind to people,” Dwyer said of her mother.

Then, coming to Fordham, she began to expand on her own public service. In May 2013, she founded the Student Coalition for Street Outreach after taking an interest in New York City’s homeless population.

“Coming from a small town and not really seeing homelessness as much, you kind of come to New York and you have this initial shock of ‘There are these people living amongst us that are being basically denied their basic rights,’” she said. “I was just disturbed by the general disregard that the homeless population faced and suffered from.” She considered the attitudes of both Fordham and its students and decided that they would make an excellent resource in tackling this issue.

“Seeing how excited students were to be involved, that’s what made it as successful as it is,” Dwyer said.

While not completely sure of what her academic future looks like, she is thankful for the opportunities that the Truman Scholarship offers.  In addition to unloading a certain financial burden, Dwyer is looking forward to the network of like-minded, service-driven young adults.

The email announcing his award was sent on his birthday. But ended up in his spam folder.

The next day, he received an email from Dr. John Ryle Kezel, university director of the office of prestigious fellowships, whose birthday was the day immediately after Oktaba’s.

“Nicholas, it is my birthday today, no April Fool joke. And the best present I received was the news that you got the Beinecke,” Oktaba read.

“I actually did fall of my chair, I got on my knees and started praising God,” Oktaba said.

The Beinecke Scholarship Program, founded in 1971, seeks to “encourage and enable highly motivated students to pursue opportunities available to them and to be courageous in the selection of a graduate course of study in the arts, humanities and social sciences,” the Beinecke webpage says

Thanks to this award, Oktaba is able to pursue a graduate degree in the Classics, but with a very specific focus.

Even more specifically within LGBT studies, Oktaba is most interested in transgender issues and the Classics.  As a Diversity Peer Leader with the Office of Multicultural Affairs, trans issues are already a part of his purview.

“To look at the trans community, it really breaks my heart,” Oktaba said. “This is a community that is suppressed and oppressed, both fetishized and feared, and it is a community whose members are often forced into silence. And my goal is to help break that silence.”

One of 13 Google Lime Scholarship recipients, Trevor Haskell, FCLC ’16, has been interested in computer science and informational technology since high school, where he recalls researching the technology behind BitCoins.

“I just like the problem-solving aspect,” Haskell, a computer science major, said of his passion. “You always have challenging problems you have to solve and it really stimulates the mind.”

According to the Google Lime Scholarship website, the program focuses on encouraging and “helping the innovators of the future [to] make the most of their talents.”

“The computer science department here is great,” Haskell said, “and there are a lot of really great instructors here and they have helped me a lot, I would say.”

Haskell hopes to continue studying computer science and has a variety of interests for post-grad work.