Working for Free? Save Yourself the Trouble 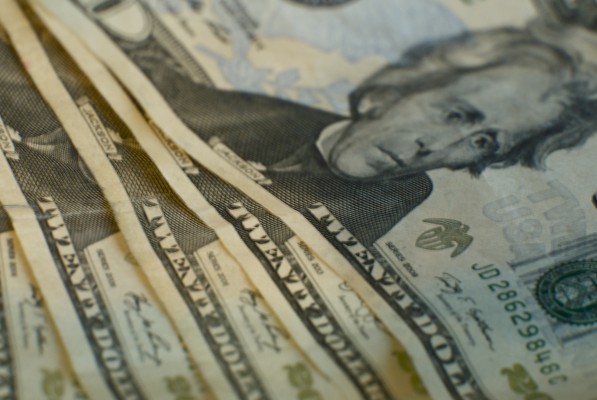 Interns should be paid and their compensation should be directly proportional to the work they do. (Sarah Howard/The Observer)

Promising everything from unparalleled connections to invaluable career experience, internships are to a college student what candy is to a child—and the compensation is often no more than an afterthought. Every day, thousands of college students across the country pay to work. In theory, internships are a great opportunity for students. Yet, with roughly half of the intern work force making no money—and in some cases paying for academic credits—it is only appropriate to ask who is really benefitting here.

The first obvious problem with unpaid internships is that many students cannot afford to work for free, and thus the applicant pool is reduced to mostly upper-middle-class and wealthy students. In effect, unpaid internships are a privilege, and they put lower-income students at a disadvantage in their field before they even graduate.

Perhaps more importantly, most unpaid internships are illegal. According to the Fair Labor Standards Act outlined in Fact Sheet #71, for an internship to be unpaid it must be a “bona fide educational experience,” and the intern’s involvement must not directly benefit the employer. In other words, office work, administrative tasks and errand running are signs that you should be getting paid. I have yet to speak to an unpaid intern who has not contributed to the daily operations of a company in some non-educational way, like organizing paperwork or mailing out media kits.

A quick Google search will reveal that even high-profile companies, like reputable fashion labels and popular magazines, unabashedly advertise unpaid positions that do not follow the law. You will easily find hundreds of listings describing job duties that fall outside the boundaries of what unpaid interns can legally do. So how do so many companies get away with hiring college students to work for no pay? Well, the short answer is that internship regulations are simply not enforced, and there is no lack of students willing to work for free to get ahead in their field. As Mark Babbitt, founder of internship search-engine YouTern puts it: “It’s a complaint-driven system that is unenforceable and has few consequences.”

With the recent streak of lawsuits fresh in their memories, many companies now require students to receive academic credit for unpaid internships to paint them (many times inaccurately) as educational opportunities instead of mere jobs, shielding themselves from legal trouble. The blame now shifts partly to the universities, who give their seal of approval to these internships, which may or may not be complying with the law.

While universities are no doubt trying to help students gain access to for-credit-only positions, they are in fact creating another barrier for lower income students, who must now pay hundreds of dollars in the form of academic credits to work. In addition, encouraging students to take unpaid positions perpetuates a harmful system in which companies have no incentive to pay students. If no other company is paying their interns, why should yours? Consequently, more and more internships will be unpaid, as more and more students are willing to work for free with the full support of their universities (some of which are actually making money in the process when they charge students for credits).

Thankfully, there’s reason to believe the tide may be turning. Not all universities are feeding into the unpaid internship system—some are starting to tighten their regulations. In February, Columbia University announced that it would no longer offer credit for unpaid internships. In a less radical move, New York University(NYU) announced it would make the screening process for internships stricter, allowing only those that follow the federal regulations outlined in Fact Sheet #71 to post onto the University’s career resources Web page.

Granted, an opportunity to work for the company of your dreams may in fact be extremely rewarding. However, students should be wary of taking any unpaid position they can find for the sake of adding a line to their resume. It may not be worth it after all.

Ultimately, lawmakers and universities should strive to create a mutually beneficial system that does not allow companies to take advantage of young people, but rather rewards merit and opens doors for students. The sad reality is that, while companies have an endless source of free labor readily available, students are reaping significantly lesser benefits from their unpaid internships. It is about time young people start questioning how valuable these time and money investments actually are. So before you consent to working 40 hours a week for free this summer, ask yourself: What you are you getting in return?