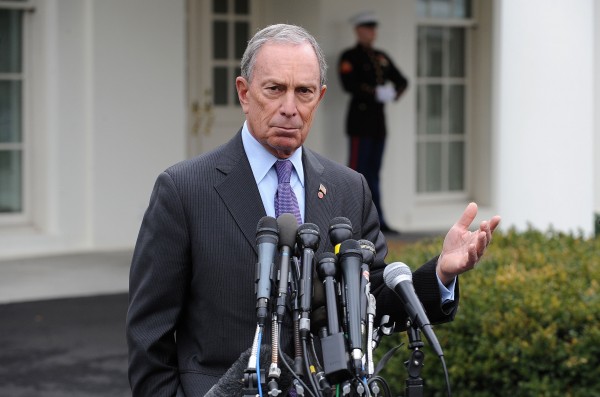 The right to bear arms is under fire as per usual and by none other than Michael Bloomberg, for whom gun control has been an important issue for quite some time.

The plutocrat and former mayor of New York City previously helped organize the gun control group called Mayors Against Illegal Guns, and the irony that the guns in question are already illegal should not be lost here. His latest initiative is called Everytown for Gun Safety, an organization he plans to spend $50 million of his own fortune on to create a National Rifle Association (NRA)- style gun control advocacy group. This comes on the heels of last year’s attempts by Bloomberg to lobby Congress for legislation promoting background checks. That campaign cost him $15 million and was unanimously opposed by Republicans as well as some Democrats. As gun control is a strongly partisan issue, I do not believe his latest endeavor will be successful, nor should it be.

As Jefferson once said, “Every citizen should be a soldier. This was the case with the Greeks and Romans, and must be that of every free state.” While we don’t have mandatory military conscription in this country we do have the Second Amendment, which states that as a “well-regulated militia [is] necessary to the security of a free state, the right of the people to keep and bear arms shall not be infringed.” The militia clause may have lost its relevancy, but according to the 2007 Small Arms Survey, the United States has the highest rate of civilian gun ownership in the world, with 89 guns per 100 persons. The majority of these guns are not used for violent or criminal purposes, but are legally owned and responsibly kept, and it is not hard to imagine why these people and their elected officials are opposed to gun control.

But that’s only half the story. According to the Stockholm International Peace Research Institute(SIPRI), the United States also tops the world in arms exports, and seven out of ten of the largest arms industry companies are American. Stricter gun control in the United States would be a truly unique case of “doublethink” and would also damage the domestic arms market. Gun lobbyists and their financial backers would never allow this, and here their interests align with millions of gun-owning Americans.

The question remains, how much gun control is really enough? One of the problems facing Mayors Against Illegal Guns is, of course, that banning guns in one city does not mean they will be banned in another. If a criminal wants to obtain a gun, they already have no intention of following the law and are free to cross city or state lines to go get one and come back, or barring that, they might try the black market. This is a strong argument for greater control at the federal level, but practically speaking finds itself mired by the intense partisan regionalism of the United States. Areas with a lot of gun violence, like Chicago, Detroit or New York, are highly urbanized and vote Democrat, while areas with less gun violence are also less populous and frequently vote Republican. In a country of this size, everyone has their own interests, and for many, gun control is perceived as a threat to legal gun owners more than a solution to illegal gun crime and other gun violence.

We actually do have an existing model of extreme gun control in the world, for those interested in testing their theories. Under the Labour government, Britain banned possession of all handguns (which are of course, more responsible for gun deaths than those “assault rifles” that gun control advocates are always up in arms over) in the 1990s. A decade later, the results are pretty shocking. According to statistics compiled by Eurostat in 2009, the United Kingdom is, “the violent crime capital of Europe,” with reported offenses jumping from 652,974 in 1998 to over 1.15 million in 2007. In 2007, the official violent crime rate was over 2000 per 100,000 persons in Britain; in the United States, it was only 466. Interestingly, violent crimes involving knives have become more common, to the point where it is now illegal to sell them to minors and illegal to carry most kinds of knives in public. Most infamously, Lee Rigby, a British veteran of the Afghanistan War, was beheaded last year on a London street in broad daylight by a pair of Islamists. Apparently, Britain has traded illegal guns for illegal knives.

A handgun ban is unthinkable in the United States, but gun control advocates would do well to understand that restricting legal access to firearms does not address the causes of violence—it merely changes their methodology.