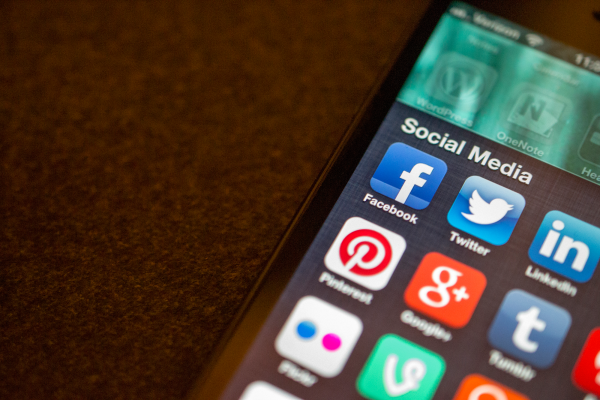 It’s neither a secret nor a surprise that today’s kids, teens and young adults are almost characterized by their usage of social media outlets such as Facebook and Twitter. The prevalence of such outlets in our society raises the question of whether or not social media is a positive influence, and whether or not we should attempt to extricate ourselves from it entirely. Some have argued that social media causes people to develop a poor self-image, leading to an overall depressed mood. Such people have drawn results from studies done by the University of Iowa and the Ohio State University that have shown that college-age women who spend their days gazing at photos of others on Facebook tend to feel worse about themselves, leading to the conclusion that Facebook, “makes you feel bad.”

Personally, I have a problem when a study like this is conducted. It’s incredibly misleading to identify Facebook as the perpetrator of bad feelings. When a study is conducted to determine Facebook’s impact on the mood of a typical college-age woman, it presupposes that Facebook exists in a vacuum, when this is simply not true. If subject A sees photos of subject B in a bikini at the beach and marvels at how thin she is, it is certainly feasible that subject A may start to undervalue her own figure, perhaps leading to mild depression. However, it isn’t just the existence or usage of Facebook that is causing this depression, but rather a proliferation of images pushed forward by the institutions of consumerist culture.

It’s been shown, time and time again, that businesses tend to portray users of their products as incredibly thin and attractive, implying that such an image is ideal. If subject A sees that subject B is more similar to the ideal than she is, then that is what causes her to question her own image. However, if there is no ideal that exists to serve as a baseline of comparison, then the lives of both subjects A and B would be acceptable, and there would be no need for any kind of self-image related depression. Again, this isn’t Facebook’s fault; if a college-age woman were to close up her laptop and turn on the television, she’d still be bombarded by a series of images that would make her self-conscious. A 2008 study by the American Psychological Association found that dissatisfaction with body image can occur in females as young as 7 years old. It offers the explanation that the “thin ideal that dominates the media” is one major cause of this dissatisfaction, which supports the notion that the issue is far larger than Facebook.

Of course, studies dealing with body image tend to focus almost exclusively on females, yet this does not mean that males are immune to the content of social media. One of the greatest influences on young men are “lad magazines,” which offer over-sexualized images of women coupled with idealized images of men, promoting the notion that being muscular means being attractive. Sure enough, another 2008 study showed that young men became more self-conscious about their bodies after reading such magazines.

It makes perfect sense that Facebook has a similar effect. The content of Facebook is about as idealized as the images in lad magazines; users make a conscious choice regarding what information is posted to their walls, and they’re likely to only display the best. The vast majority of negative information is withheld, which means viewers only get a part of the whole picture.

Now, Facebook was never intended to be an instrument to boast about one’s lifestyle in order to make others feel like garbage. Admittedly, there is some validity in the idea that obsessively tracking the lives of others does far more harm than good, but a complete extrication is unnecessary. There’s nothing wrong with catching up with old friends and family once in a while. But the implication that we must forsake social media because it is too harmful for us is actually quite disturbing. If we as humans are unable to keep tabs on our loved ones without succumbing to self-loathing born out of envy, then we have a huge problem here. What does it say about our nature if we are incapable of feeling happiness for others?