We Must Implement New Housing and Programs For The Homeless 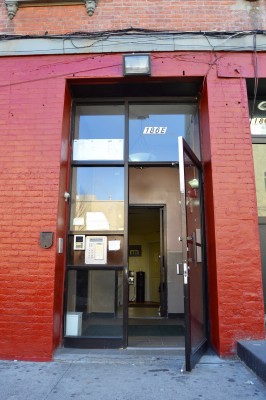 A few years ago in my neighborhood, a group of residents held a “town” meeting. The basis of the meeting was the construction of a new building about two blocks from my house. The building, up until that time, seemed like it would be an apartment building equipped with new appliances and great upgrades. What the neighborhood did not know was that the new apartment building was going to be used as a halfway house for the homeless, recovering drug addicts and individuals newly-released from jail. The residents thought that would be an issue because there were all kinds of people coming in and out of this apartment building. Were the children in the neighborhood going to be safe? Would it be safe to walk late at night as it was once before? My initial reaction to all of this was one of discomfort.

My mother had moved my family from the Washington Heights projects many years ago to avoid public housing and avoid interaction with people with dangerous lifestyles. And so I thought that inclusion of such a complex in my neighborhood would draw exactly those kinds of people. But to my surprise, years later, the exterior of the building is still in top shape, and although there are new faces, there have not been many problems with the residents of that building, suggesting that this form of housing has actually helped people stay on track.

In Charlotte, N.C., there is a program called Moore Homes, which has been helping Charlotte’s homeless for nearly 20 years, providing them with a place to go while they get back on their feet. Moore Homes provides their guests with soup kitchens, showers, counseling and medical services. This program is effective because it is helping many homeless individuals of different ages by implementing activities such as health and fitness, which will help improve the mental health and well-being of the residents, as well as give them hope that they can move forward, never again falling behind. Additionally, all residents contribute 30 percent of their income to the rent, and what’s more, there seems to be no limitation on how long a person can stay in the program.

Now, New York City is toying with the idea that maybe they should try to build more housing for the homeless, and I think they should. New York City has already made strides to help the homeless. According to a 2009 New York Times article, over the course of two years, the Bloomberg Administration had purchased tickets back to a home state or country for over 550 families. Paying to send non-New York City residents home essentially allows the city government to distinguish between locals and out-of-staters. Although this helps move some of the homeless individuals out of the city, this does not take care of the problem.

Most of the homeless people in New York are often those who cannot afford rents in the city and leave their homes to move in with family—or worse, begin to live out on the streets. The economy in recent years has led many individuals to become homeless, either because they lost their job, because of the lack of available jobs or the lack of affordable housing (or any combination of the three). The least that New York can offer is housing—I see buildings being built all over the city every day, so adding a couple more complexes to serve as a home for the homeless doesn’t seem like too much to ask for.

In the past few weeks, Mayor Bill de Blasio has been fighting to get funding for programs for the homeless in New York City. Funding for these programs should not be cut because there are not enough shelters and public housing facilities to accommodate the rising number of homeless people and families. A recent Daily News article stated that about “1,084 families [from the Bronx are] in the shelter system, while Brooklyn ranked second, with 935 families.” Although shelters offer a space for people to find temporary comfort, there are time limits on how long someone can stay. Perhaps, the biggest fear to expanding housing is that none of the residents in these shelters would want to move forward in their lives and try to find employment.

In a city as big as New York, however, we can afford to implement the same programs that Moore Homes has in North Carolina. There has to be a way that we can help those in need of assistance in finding a job and those who are not mentally healthy to find and keep a job. There are those few individuals that would take advantage of such programs, but do we really want to deprive the vast majority of homeless of programs that change their lives for the better? The goal should be to help those in our city who, at the moment, cannot help themselves.