UPDATED: 27 Confirmed Cases of the Mumps at Fordham 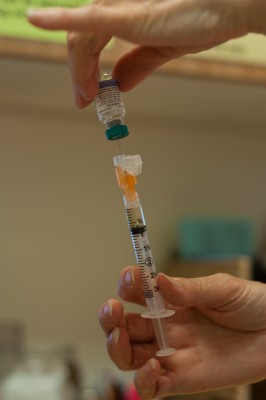 UPDATED March 5, 2014 at 8PM: “Twenty-seven cases of mumps in students attending Fordham University have occurred since Jan. 12, 2014,” according to the New York City Department of Health and Mental Hygiene.

“14 is a small number compared to 15,000 students,” Bob Howe, senior director of communications, said when asked why the University had not updated students and faculty about increase in cases of the mumps.

According to Dean of Students at Fordham College at Lincoln Center (FCLC) Keith Eldredge, the Department of Health (DOH) was concerned that reporting the numbers could have led to students to either overreact or under-react and fail to follow the precautions put forth by the University.

“The DOH gave guidance that reporting every single case, reporting all the numbers really doesn’t change what we’re asking the community to do or how we’re responding,”  Eldredge said. “Certainly, there’s no intention on behalf of the university to hide numbers.”

The report, dated March 4, also stated that one student was unvaccinated, while the remaining students have at “least one documented dose of mumps-containing vaccine.”

Students are required to receive vaccinations that prevent mumps (among other diseases) before enrollment.

According to Eldredge, “the index case, the first person, is not the student who was unvaccinated. The person who was the first diagnosed case at Fordham was vaccinated.” Though vaccination is required before enrollment, “there is a process where students can request an exemption to the NY State Requirement about Vaccines. There are medical reasons, as well as religious reasons,” Eldredge said.

The unvaccinated student was therefore exempt from immunization and in accordance with NY state and University policy. “The intention of the University was to explain to the community that everyone was compliant. I don’t think that word was used in the statement, but that’s the word that was intended because everyone had complied with the directive according to the NY State Law, with either getting immunization, showing proof of immunization, or blood tests that show it, or proving the exemption,” Eldredge said.

The number of exemptions from immunization at Fordham is very small, according to Eldredge. “I know the majority of the students who are unvaccinated are commuters and graduate students – I don’t have specific numbers.”

Mumps is a viral infection that causes fever, headache, muscle aches, tiredness, loss of appetite and parotitis – swollen and tender salivary glands under the ears or jaw on one or both sides of the face.

“Symptoms include fever, body aches, headaches and swelling of the salivary glands. The parotid gland, located just below and in front of the ear, is usually affected and may also swell. About a third of people who contract the mumps virus do not develop symptoms,” the Health Department said.

According to the Centers for Disease Control and Prevention (CDC), mumps is “spread by droplets of saliva or mucus from the mouth, nose, or throat of an infected person, usually when the person coughs, sneezes, or talks.” Items used by an infected person can also be contaminated with the virus.