Professional Sports Organizations Must Take a Stand Against Homophobia 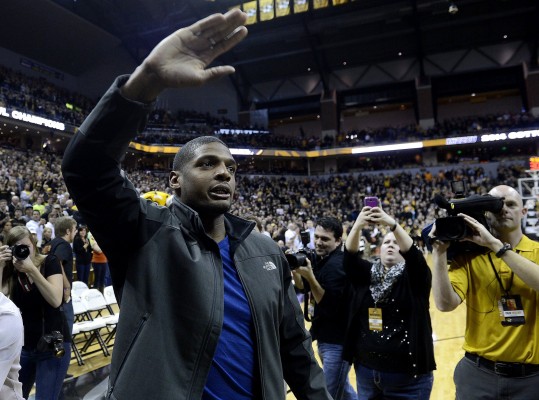 Homophobia is a problem that has been plaguing professional sports for years now, and many have wondered who would break the chain of closeted athletes. On Feb. 9, former University of Missouri football player and NFL hopeful Michael Sam publicly came out as gay. Sam follows the likes of very few openly gay athletes, like the Brooklyn Nets’ Jason Collins, Olympic figure skater Johnny Weir and Connor Mertens, the first college football player to come out as bisexual. There’s a reason why there are so few openly LGBTQ athletes, and that reason includes people like Miami Dolphins wide receiver Mike Wallace, who, just hours after Collins came out, tweeted, “All these beautiful women in the world and guys wanna mess with other guys.”

Coming out in any part of society can be risky, however, the often hyper-masculine world of sports can be particularly harsh on LGBTQ people. It’s high time for LGBTQ athletes to be open and seek solidarity from their peers. More importantly, I feel it’s time for major league sports to be a place in which solidarity and comfort are readily available to all.

The subject has been getting tossed about in the major leagues for years now, especially as the movement for LGBTQ equality gains more traction. The National Hockey League (NHL), for example, has the “You Can Play” project, in which they encourage the eradication of homophobia from professional hockey. In Sochi as well, athletes and celebrities had been speaking out against Russia’s violent anti-LGBTQ laws. It appears we are now in a time of social progress for this heavily suppressed group of athletes; nonetheless, they have every reason to want to stay closeted—it’s a dangerous world out there for LGBTQ players, but the professional sports teams and organizations must do the best they can in order to make them feel comfortable with their identity, given that the world of sports has historically been a hostile environment for these athletes. Sam has already been facing criticism from sports fans, commentators and his own father, and although he’d been open about his sexuality to his college team for a year now, NFL teams are suddenly skeptical about drafting him. One’s sexuality should not be a determining factor if he or she has the talent to play on a team, and yet, because of social stigma, Sam’s once-shining chances of being drafted are starting to dwindle.

He’s brave for publicly announcing his sexual orientation, but the risks remain great, and this decision could hinder his career. However, this shouldn’t be the case in the first place.

Homophobia can disappear from the inherently masculine sports world only if those who want to be allies let their voices be heard and encourage LGBTQ players to feel comfortable. When the NHL made its public service announcements about equality, it took a step in letting these players know that they’re welcome and safe. Every other major league must step up and do the same and show, at the very least, that even if one is bigoted towards LGBTQ people, there is little point in rejecting talent simply over sexuality. Sports play a major role in our society, as the popularity of the Super Bowl and the Olympics indicate, and when professional sports show support for LGBTQ individuals, that behavior reflects, in one way or another, onto society. In a world where people are being brutalized and even killed for their sexuality, the influential people of professional sports must take a stand—it’s far too dangerous to stay apathetic.