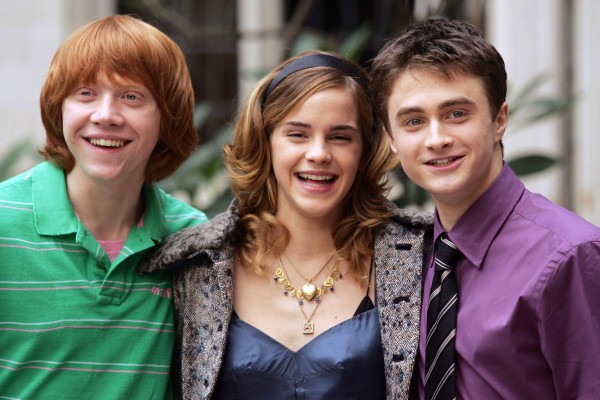 When excerpts of J.K Rowling’s Wonderland magazine interview were revealed on Feb. 1, many Harry Potter fans were outraged—and with good reason. The author of the well-known and beloved series told the magazine that she regretted the Hermione/Ron relationship, saying that she wrote it “as a form of wish fulfillment,” and that she believed Hermione should have ended up with the title character instead.

Her comments come seven years after the release of the seventh and final installment to the series, “Harry Potter and the Deathly Hallows,” and so it might seem that they’re without purpose. And while they’re unnecessary, what with them coming nearly a decade after the last pages were written and with the Hermione/Ron relationship already cemented in the heart of millions, they still have strong implications for the series, as well as for the Young Adult (YA) genre as a whole.

I’m not particularly invested in any of the “Harry Potter” series’ romantic relationships, but I am invested in the series, and Rowling’s comments only serve to undermine the books which hold such an important place in the hearts of our generation. In a time when the YA genre is being flooded by books like Stephanie Meyer’s “Twilight” saga, in which getting a boyfriend or girlfriend is painted as the most important thing that a young man or woman can accomplish, the “Harry Potter” books, and others like them, are refreshing, partly because romance is secondary to pretty much everything else—the end of the world, Voldemort, overwhelmingly powerful enemies, friends, family and even classes. The books are complex, full of interesting plots and characters and more than just being a great read, they teach the reader a thing or two about love and making the right choices, but Rowling’s announcement and fixation on which character Hermione should end up with has placed her series in the category of the superficial and cliché YA romances, which have seemingly dominated the genre over time.

What makes Rowling’s announcement particularly upsetting is what it does to Hermione Granger—from the beginning, Hermione was shown as a smart, bookish witch, and throughout the series, she has proven that she is not only the brightest witch of her time, she can also ‘kick ass and take names’. She also never exists as a romantic interest for our hero, Harry Potter, although there is a large population of fans who like the idea of the couple (including author John Green) despite the fact that there is no indication of anything other than friendship between the two. I don’t think their feelings are completely out of the blue though: Harry and Hermione do have a lot in common, but if we’re going to focus on couples, then Rowling’s decision to have Hermione and Ron end up together was much more powerful because it wasn’t the expected pairing.

It’s also particularly important that Hermione is still written as feminine—she isn’t turned into ‘one of the guys’ because of how strong and smart she is—and that her femininity doesn’t rely upon her being the love interest of the story’s main protagonist. Honestly, I don’t believe it matters who Hermione ends up with—she is worth so much more than that, and it’s heartbreaking to see that the woman who brought Hermione to life on paper debate whether she should have ended up with Harry or Ron rather than recognize that, first of all, Hermione didn’t have to end up with either of them (or anyone for that matter), and finally, that there are so many more important aspects of her character (like for instance, the fact that she was largely responsible for saving the world).

In the end, however, a book ceases to belong to an author once it has been released into the hands of readers. We take our own meanings away from the words on the page and make our own interpretations, which are likely different from the ones the author had in mind. In this way, the “Harry Potter” books won’t change—they belong to the readers who love them, who refuse to see Hermione as anything other than the amazing women that she is and who know that the series are flawless works of literature. But for the younger generation, the kids who didn’t grow up with these books, Rowling may have reduced them to something akin to Meyer’s “Twilight.” And if such an influential author seems interested chiefly in pairing off her characters, then there’s a big chance that that’s the direction YA will go, and we can’t allow such a rich and varied genre to be bogged down with titles that have no real substance to them.