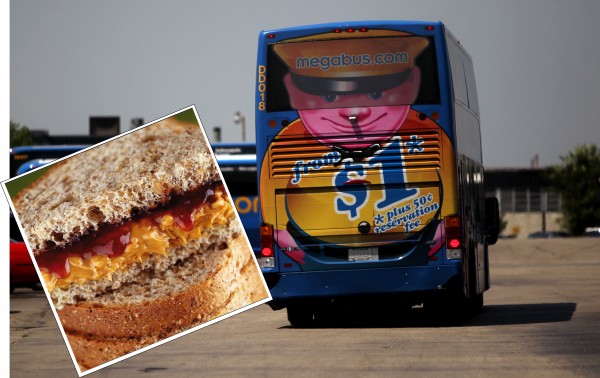 They say that the early bird catches the worm, but is that really true?  It’s hard to say either way in the modern human world, where instead of getting up early to hunt and catch our own food, we can buy Tostitos salsa at CVS when we wake up at noon and hoard boxes of cereal in dark corners of our apartments to be eaten months later.  Sure, timeliness is a virtue, but whether you’re grabbing lunch or running to class, it’s easy to succumb to laziness and lateness until you’ve gone from “early bird” to “late bird,” to “chronically late bird,” to “bird no one can depend on … I can’t believe that bird can hold down a job … does that bird even know what a watch is? That bird needs to pull it together,” surprisingly easy.

One reason why it’s so easy to be late is that there is just so much to be late to—classes, work, primetime TV shows, departing airplanes, parties where it’s acceptable to be late and yet still possible to arrive later than acceptable.  Anything other than lying in bed is a red hot opportunity for tardiness.  And the line between on time and late is, when you think about it, just fractions of a second thick. Just one tick of a second hand, from 3:00:00 to 3:00:01, gets you written down in the great Book of Life as a “Person Who Is Late” (at least, I think that’s how it works). Pretty unforgiving.

Theoretically, though, it should be possible to show up to obligations around the time at which they are scheduled, if not a few minutes early. So why is it so difficult? A little Yahoo Answers research on the topic turns up this reason: people are willing to be late when they lack respect for the person or people they are being late to meet.

First of all, Yahoo Answers, that’s a little cynical. Could it be true that I don’t respect my family, friends, employers, casual acquaintances or even the part of my brain that tries to get me to make it to Burrito Box before it closes?  Unfortunately, I do have to defer to Yahoo on this one: on a deep, soul level, I know that, for me, the answer is yes.  I love the people in my life, but I don’t respect them in the purest sense of the word—no, my real respect is fickle, tough to earn, and 90 percent dedicated to Eleanor Roosevelt, Google Chrome and those really big dogs that look like bears. This leaves little room for my eye doctor or any of the children I babysit.

Respect aside, though, the real silent killer in my personal quest for timeliness is poor planning.  My faulty planning is worse than no planning at all —if I always completely forgot to make plans, I would, at some point, accidentally end up on time.  Instead, I use schedules to guarantee that I will never leave home at anything less than a full sprint.

In my mind, my pre-class routine goes like this:

So, I figure, waking up 25 minutes before class should leave more than enough time. It never does. They say that doing the same thing over and over and expecting different results is insanity, but this is a routine I plan to continue each morning until teleportation is finally invented and my timetables are vindicated.

Anyway, we college students can’t be expected to maintain a schedule after we take our Philosophy of Human Nature requirements and become crippled by existential angst. I’m sure you know the feeling: “Does anything really matter?” you find yourself wondering while you pack a PB&J before running to catch the Megabus. “What if I miss this bus? What if I don’t go home for Thanksgiving one year? Why does Thanksgiving matter to me? There are no such things as people. The timeline of life as we know it is imagined. I’m going to sit down and watch some YouTube videos of goats yelling.” Once you reach that point, it’s all over. There are more yelling goat videos on YouTube than you would expect.

So, it’s not easy to be on time—but does the early bird catch the worm after all? Again, it’s hard to come up with a concrete stance on worms, especially when you have the futility of human existence to think about. The best we can do is keep considering the question, and keep glaring at all the people who get off the elevator in Lowenstein on any floor below the one we are rushing to get to. Anyway, I can’t think any further about the topic of lateness right now—Trader Joe’s closes in three minutes and I know I can find my grocery list around here somewhere.