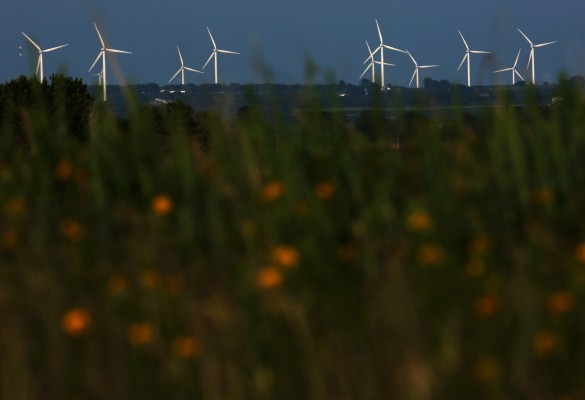 The environmentally friendly European Union (EU) surprised many when it unveiled a new compromise on environmental regulations last month.  The new proposal to end binding national targets for energy production proved that even the leader in climate change awareness is vulnerable to economic hardships interfering with its environmental initiatives. The high energy cost in Europe has many concerned, as the economy shows no visible signs of a bounce back in the near future. Though the proposal includes an overall European target of 40 percent reduction in emissions by 2030 to replace the former 20 percent goal by 2020 (both in relation to the 1990 level of emissions), the new plan can potentially raise many issues.

The new European goal in emissions sounds like an advance, however it will be more difficult to enforce. Formerly, each member of the EU was responsible for a binding national target in emissions, however, these are now replaced by an overall European goal. The lack of individual, separate goals for countries means that nations will not be held accountable for their own emissions, and the most logical inference to make is that each country will put its own domestic economy first and its environmental contribution to the European Union second. It is not yet clear how each of the 28 countries will handle this new goal or how it will be enforced, as the proposal must still be further discussed and approved before it can be implemented. In addition to the new emissions goal, the EU also decided against regulatory laws for “fracking” (a controversial and potentially very harmful method of extracting shale gas), instead adopting “a series of minimum principles it said it would monitor” in the drilling process, according to Stephen Castle’s “Europe, Facing Economic Pain, May Ease Climate Rules” article in the New York Times. Even though the policy is far from set in stone, a trend is emerging: the environment is becoming a secondary concern for the EU.

Some see the new policy as a reflection of a complicated reality for the European Union. Others see it as an accomplishment, a compromise between 28 nations struggling to get their economies back on track while still caring for the environment. As Connie Hedgegaard, European commissioner for climate action stated in reference to the new policy: “It will require a lot from Europe. If all other big economies followed our example, the world would be a better place.” While it is true that Europe is ahead of others, environmentally speaking, the recent events are hardly a victory for environmentalists.

For years, Europe has been the paramount example of a developed economy that doesn’t need to put the environment on the back burner, with initiatives that have reduced emissions and encouraged the use of renewable energy sources. Other developed economies like the United States and China have not put nearly as much effort into maintaining the environment as Europe has, which has obviously been very detrimental to the planet and has made it harder for European countries to keep the momentum of their own efforts.  The European example serves as proof that it is possible—and more responsible—to simultaneously invest efforts in the economy and the environment.

In the long run, the worst consequence of the European Union’s new trajectory will be the effect this reform may have globally. Even if this new plan is as beneficial as EU leaders say it will be, the perceived backtrack on environmental initiative of the world’s leader in environmental progress will discourage other big economies from adopting more environmentally progressive reforms. We may expect other economies to follow the same trend of relaxing environmental laws in the future if Europe continues down this path. Even if Europe is putting the environment aside in favor of economic gains, other parts of the world will be able to better justify their lack of contribution to the global effort to care for the environment and curb the long-term effects of climate change.