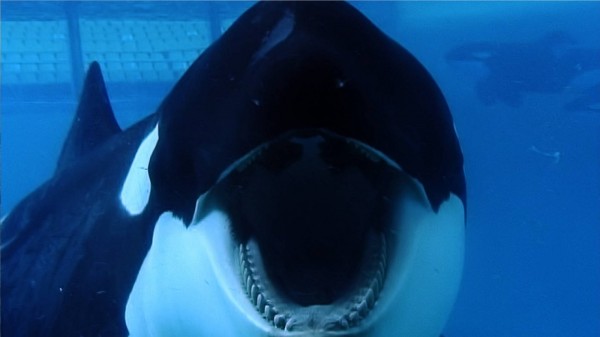 Lately it seems as though SeaWorld’s reputation is on a free fall. On July 19, 2013, the documentary film “Blackfish” was released, later airing on CNN on October 24, exposing the park’s problematic practices to the world. Even though SeaWorld is scrambling to mend its image as a family-friendly park that puts animal care and research first, there is no containing the damage that is already done. With artists canceling their shows at SeaWorld and public demonstrations making headlines, the world-famous marine park cannot expect to ride out the scandal unscathed, and its fall might be an opportunity to finally address the issues of animal captivity and mistreatment in these types of institutions.

The popular film by Gabriela Cowperthwaite details SeaWorld’s questionable treatment of its captive orcas as well as their careless approach to their employees’ safety. Grabbing the public’s attention almost instantly, the documentary precipitated a wave of negative criticism towards the park. The film centers on Tilikum, the killer orca that made national news when he killed an experienced trainer at SeaWorld. The horrific incident landed SeaWorld in a courtroom and subsequently inspired several former trainers to collaborate in Cowperthwaite’s project. The film denounces animal captivity, at least as practiced by SeaWorld, as a cruel, unnatural and ultimately dangerous practice driven primarily by financial interest. The park is not merely a park but rather a multi-million dollar corporation that makes a large profit from the image and performance of its mistreated animals. Additionally, the film places the blame for the trainer’s death entirely on SeaWorld, suggesting that park officials were negligent and deceitful about previous incidents of whale aggression.

The public was very receptive to the documentary, which was picked up by CNN Films and Magnolia Pictures and later made available on Netflix. In the midst of all the controversy, SeaWorld has denied the allegations brought forth in the film and worked to regain the public’s trust. From conducting nonscientific polls that show Blackfish had no effect on viewers’ opinions of SeaWorld—which are suspected of being rigged—to sending open letters to be published in several newspapers, SeaWorld’s attempts make one thing clear: the company plans to stay afloat—and admit no wrong.

While taking a defensive position may convince some potential visitors of the park’s innocence, it will harm SeaWorld in the long run. The film shows us scenes of large pods of healthy whales swimming together through the limitless ocean and contrasts them with the very different image of overly aggressive whales covered in teeth marks and tightly packed into a swimming pool. The experts who were interviewed emphasize the social nature of these large mammals, even suggesting that they may very well be more socially inclined than human beings. This fact only makes the scene of a mother whale being separated from her calf all the more heartbreaking.

SeaWorld could have chosen to take a different approach by accepting and correcting their mistakes. The most logical step would have been to provide honest and complete information regarding animal aggression incidents to the trainers in order to prevent tragic incidents. With the monetary resources that it has available, the lucrative company could have invested in improving living conditions for its whales, which would show some degree of concern for the issues “Blackfish” has raised. However, it was already too late by the time the film exposed the company as one that has repeatedly withheld information about its cruel and harmful practices. For now, SeaWorld will probably continue to wait out the storm and hope the public will eventually forget “Blackfish” ever happened, rather than take any meaningful action.

The exposure of animal cruelty in a park that many grew up loving definitely makes the viewer rethink whether or not it is ethical to hold wild animals captive. The massive size of whales makes it nearly impossible to ever provide a healthy environment for them in captivity. The argument that the educational value of zoos and marine parks override the rights of animals to lead healthy lives is simply invalid; sadly, the truth is that zoos and marine parks are often considered sources of entertainment where one can leisurely walk around and be amused by the sight of animals taken out of their habitat. And even if there is some educational merit to visiting a zoo and an aquarium—the unnecessary cruelty that these animals face is not something we can simply sweep under the rug in the name of science.