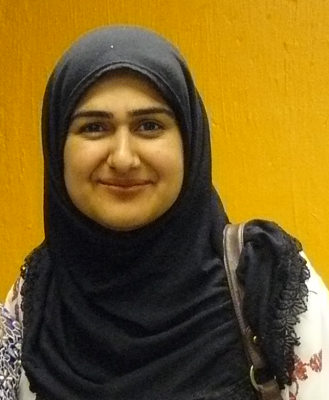 Rohina Malik after a showing of her play "Unveiled" in Berwyn, IL. (Courtesy of Rookiedude123/WikiCommons)

The Muslim Students Association (MSA) will be hosting “Unveiled,” the one-woman play, on Wednesday, Oct. 2 in the Student Lounge at 6 p.m.

According to President of MSA, Ayah Ahamed, Fordham College at Lincoln Center ’14, MSA is collaborating with Campus Ministry to host the play in order to shed some light on some of the struggles Muslim women face for wearing the veil face today.

“A large number of Muslim women today choose to wear the hijab [commonly referred to as the veil], but the meaning behind it is still misunderstood by many. The hijab places women at the forefront of Islam, leaving them susceptible to many acts of hatred that unfortunately still exist in our world today,” Ahamed said.

“Unveiled” tells the story of five women living in the world after the events of Sept. 11 “who serve tea and uncover what is underneath the veil,” according to the play’s website. The play was written and will be performed by critically-acclaimed playwright and actress Rohina Malik.

According to her website, Malik is currently one of the resident playwrights at Chicago Dramatists. She was also one of the four writers in The Goodman Theater’s Playwrights Unit.