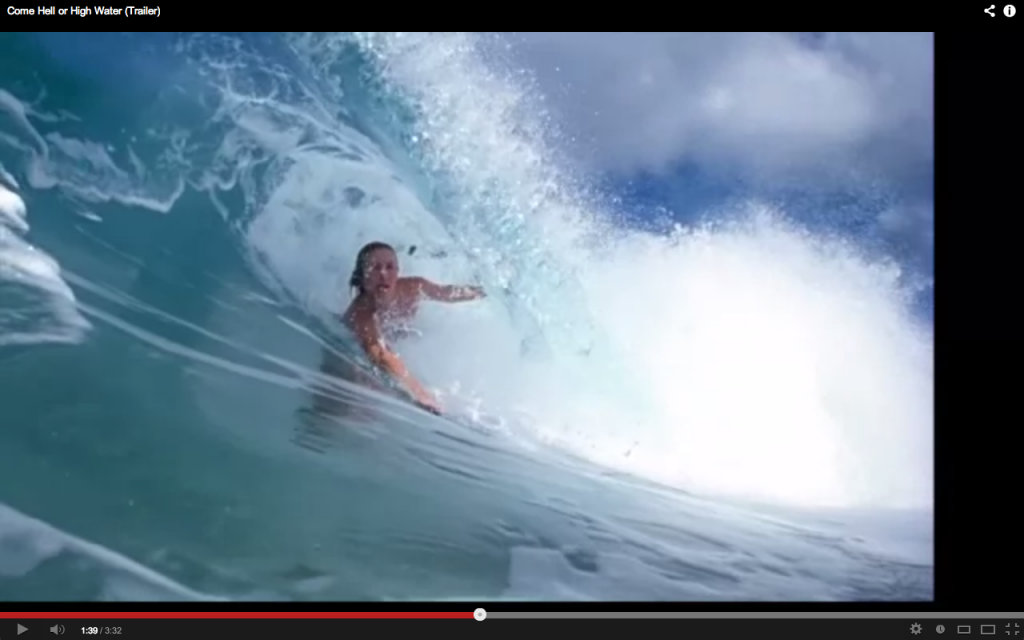 For those of you who need to be reminded of what warm weather and sunshine feels like, a bit of salvation in the form of film and photography will be making its way to Soho on Saturday night.

At 8 p.m., Keith Malloy–filmmaker, surfer, Patagonia ambassador and environmentalist–will be screening his award-winning 2011 16-mm film “Come Hell or High Water,” as well as signing copies of the film’s behind-the-scenes photo book, “The Plight of the Torpedo People,” as part of the last leg of the film’s national tour. The event will take place at the Patagonia store on Wooster Street.

Both film and book take a look into the ancient art of bodysurfing and the people who practice it around the world. From the bodysurfing mecca of Point Panic in Hawaii to the river beds of Montana, Malloy’s film is an exploration of a passion that is minimalist in nature but as giant as the hearts of the people that hold it so dear to them.

Accompanying Malloy on his national tour is Mark Cunningham, famed Hawaiian bodysurfer and lifeguard, who is one of the central focuses of the film. Photographer Chris Burkard will also be present, sharing his many photographs featured in the book while on location with Malloy in places like Tahiti and Hawaii. Doors open at 7:30 p.m. Beer and popcorn will be served.