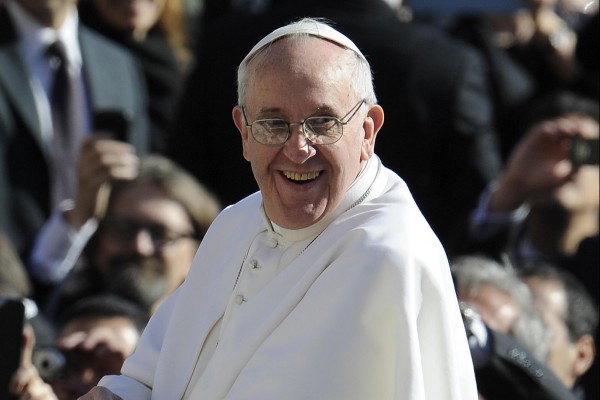 One cannot deny that the recent election of Pope Francis I is a series of “firsts” for the Catholic Church. He represents a radical departure from tradition, being the first Jesuit, the first Latin American and the first Pope since Pope Emeritus Benedict’s resignation to lead the Church. He is also the first non-European since Pope Gregory III (who was from Syria). Pope Francis symbolizes a new direction for the Catholic Church in many ways. However, those vying for progressive reform, particularly within the arena of LGBTQ lifestyle acceptance within the Church, may need to temper their enthusiasm.

LGBTQ individuals and lifestyles are continuously gaining support and recognition worldwide while criticizing Church teaching regarding gender, sex, and sexuality. As a result, the Church must take LGBTQ lifestyles—and the ramifications of how those are treated within the Church—seriously. To accomplish this, I believe Pope Francis must lead the Catholic Church in accordance with his tradition of dialogue.

As of now, Pope Francis’s take on homosexual relationships is clearly in accordance with Catholic teaching. He once famously characterized gay adoption as a “form of discrimination against children.” This opposition is highly problematic in America given the public’s changing attitude towards LGBTQ lifestyles. A recent national Quinnipiac University poll of American Catholics reveals that they are a much more reformist demographic. If he continues with current policies, Pope Francis risks building more tension between Catholic hierarchy and its American adherents. With more and more American Catholics coming out in favor of LGBTQ lifestyles, Pope Francis (not to mention the rest of the curia) risks losing credibility as a global spiritual leader and American followers if he does not consider more than one point of view. But engaging people in discussions about LGBTQ lifestyles and their acceptability within the Catholic Church may accomplish this without disregarding 2,000 years of tradition.

I argue that Pope Francis needs to lead with his strength in dialogue because he has used it successfully to appease conflict in the past. Pope Francis has famously negotiated in favor of civil unions as a legal mechanism to provide some of the protections of legal marriage for existing LGBTQ partnerships in his native Argentina. Granted, this was presented as an alternative to a gay marriage bill, which he vigorously campaigned against, but his instance of even considering civil unions as an option speaks to a pragmatism that stands in stark contrast to Benedict’s legacy, in which he fought for doctrinal purity and obedience.

Pope Francis has also demonstrated willingness to engage in discussion with multiple viewpoints as evidenced by a recent blessing: “Since many of you do not belong to the Catholic Church and others are non-believers…I give this silent blessing to each and every one of you, respecting the conscience of each one of you… May God bless all of you.” The opportunity for introducing points of view on issues that may be at odds with the curia in an accessible environment is here, and one can expect Pope Francis to seriously wrestle with them and their implications. This is not to say that his predecessors ignored these points of view or these issues entirely. But Pope Francis’ style of addressing them and acknowledging their validity is a very new direction from recent past popes.

Pope Francis’s demonstrations of humility and openness will prove beneficial to the Catholic Church. With that, liberals should not automatically expect him to enforce progressive reform simply because he is a Jesuit and now has the power to do so. His own opinions aren’t even the only ones at stake here, as Pope Francis must contend with the College of Cardinals, which, generally speaking, also tends to hold less-than-liberal views with regard to the LGBTQ lifestyle. When it comes to LGBTQ lifestyles, we can only wait and see what the final solution will be. But Pope Francis must continue to show that he is willing to listen to more than one side of the story to pave the road to that solution.