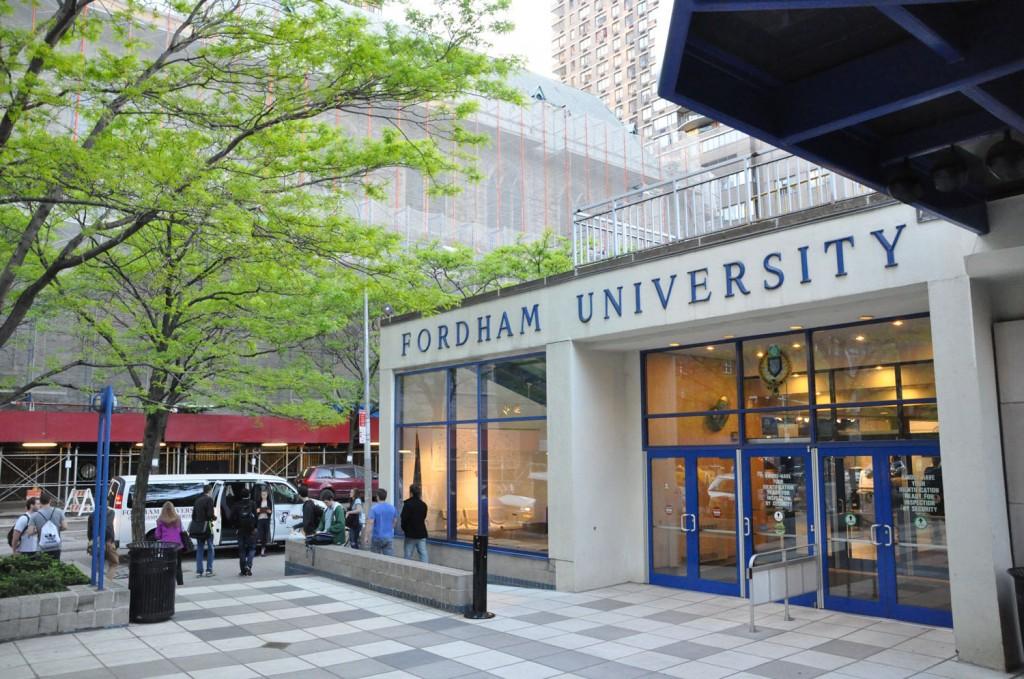 College Council held its first meeting of the 2013 academic year on Thursday, Feb. 21 in the Fordham College at Lincoln Center, (FCLC) South Lounge at 11:30 a.m. The agenda included a discussion of revisions to the environmental policy major and proposals for an African studies minor and bioethics minor, as well as a discussion of programs that are currently still under development.

One point discussed regarding the environmental policy major was the need to change its name to environmental studies. According to John van Buren, the current name has been misleading students, giving them the impression of a political approach and the false idea that science courses are not required. He added that he did not believe the name change would clash with the environmental science major.

History Professor Doron Ben-Atar said, “This is an important element of the curriculum and it must be strengthened. It’s a huge field, it’s central, and we’re so behind other universities in this.” He also said that many students have expressed interest in enrolling in biology courses. But Van Buren responded that one of the problems at Fordham is the money issue, and while adding biology one and two courses to the requirements would strengthen the curriculum, the biology department says there is not enough classroom and lab space. As a result, many students take on the biology minor instead.

Professor of African and African American Studies Amir H. Idris proposed the interdisciplinary minor in African studies, which was approved. According to Idris, there is a keen interest in the African American studies program. The minor includes six courses, including an African history core course and an African language course, which is only offered at Fordham College at Rose Hill, (FCRH). Idris said that students are also encouraged to study abroad in one of many countries in Africa.

Adam Freed, assistant director at the center for ethics and ethics education made a proposal that was accepted for the interdisciplinary bioethics minor. According to Freed, the minor includes six courses across humanities and sciences, one of which is an introductory course with a theology professor that would include guest speakers. He added that pre-health students have expressed interest in studying the ethical issues of their field.

Regarding the programs in development, Rev. Robert R. Grimes, S.J., dean of FCLC, reported that Maguire Associates, a market research and educational consulting firm, will be looking at FCLC’s plans for an invigorated music major and new majors in music theater, humanitarian affairs, arts marketing, social work, fashion and new media the week before spring break. Grimes mentioned that this is behind schedule, but that this was a result of a slow-down by the upper level administration and not by faculty.

Associate Professor of communication and media studies Gwenyth L. Jackaway said she was under the impression that the new media major proposal was dead, but Grimes clarified the proposal’s status, stating that it had a poor presentation as a result of Hurricane Sandy, and that the Provost, Stephen Freedman, recommended the committee to rework it and bring it back to be reviewed by the associates.

According to Grimes, the Gabelli School of Business (GSB) proposal developments, including business anthropology and health care management, will also be looked at by the consulting firm.

Another issue that was brought up concerned the possibility of changing the block schedule that has been in place for ten years. Faculty members claimed that it might be time to revisit the block schedule due to the problem of an absence of good seminar times for classes that meet once a week.

Grimes explained that the conflict is the need to work around the faculty-meeting block on Wednesdays, and FCLC’s Thursday double activity block. Grimes cited the history behind FCLC’s schedule, as the double activity block was requested by professors who needed the time in order to travel between campuses. This is not the case at the Rose Hill campus, which has a single block on Mondays and another on Thursdays.

According to Jackaway, the communication and media studies department also needs more blocks than it is currently allocated. The conclusion regarding these allocations was that more reasonable allocations will be developed when the new space is available in 2014. The possibility of allocating classes on Wednesdays and Fridays was also discussed, since the Graduate School of Social Science uses classrooms on Tuesdays but not on Fridays.

Faculty members also pointed out that they are just as unhappy about three hour seminars as students are, and Grimes informed that the law requires these seminars.

Grimes also made announcements concerning admissions and donations. According to Grimes, a scholarship is being offered from an outside source for students with a stutter who may benefit from speech therapy.  He also announced that a graduate donated $500,000 to FCLC, which has helped with FCLC’s efforts to raise money.

College Council will hold its second meeting of the year on Mar. 21 in the South Lounge at 11:30 am.