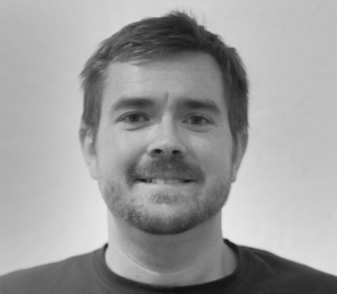 By MIKE MADDEN and SARA AZOULAY

In the final segment of the Observer’s miniseries, “Camouflaged,” we talk to William Deighan, Fordham College, Rose Hill (FCRH ’15), and former E-4 Senior Airman in the U.S. Air Force whose responsibility as an aircraft structural maintainer led him from the shores of the Arab state, Oman, to confidential counter-drug missions in the skies of Ecuador. To William, and to all veterans of wars past and present, we greatly appreciate the bravery and sacrifice you have dedicated yourselves to in the pursuit of freedom and security.

I came here in 1999—I was a graduate of Fordham prep. I came here in September, hung out a lot, did a lot of things I probably wasn’t supposed to be doing and opted to leave Fordham before I eventually got kicked out or was asked to leave. For a couple months I milled about and didn’t really do anything. I was working at Staples at the time as a stockboy. My life wasn’t going anywhere so I decided to join the military on August 20, 2000. It’s not that I was a bad kid, there was just a lack of structure—I just didn’t have the discipline to do anything to motivate myself with, like stay in school or get a better job.

I’m a fifth generation military–my grandfathers were both in the military as well. My father was very happy about it. My dad was in the Marine Corp in Yuma. He did something with nuclear biological chemical warfare. My mother was of course a little nervous but I think all moms are nervous when their son or daughter joins the military. You don’t know what’s going to happen; even the training is dangerous, never mind going to wherever you’re sent to.

My mom asked, ‘Are you sure you want to do this? Do you understand the commitment?’ She saw that when I quit Fordham and I was working at Staples, it wasn’t like I could work at Staples and just leave whenever I want and never call them again. She wanted me to understand that if I quit the Air Force and never came back I would be prosecuted, which I understood. But I needed that at that time in my life—it was either that or jail  and that’s got to be better than jail.

Why join the Air Force

The Marines yelled at me when I went to talk to the recruiters. I also heard that the Marine Corp lives as if it’s bootcamp every day. Now I don’t know if that’s true, but you hear so many rumors and as a young recruit you hear a lot of stories like, ‘The Marines is four years of bootcamp, the Army doesn’t know what they’re doing, the Air Force is a bunch of snobs that never see anything, you’re never going to get off a boat.’ But as you grow and meet other vets who participated in other operations, you realize a lot of those [rumors] are complete bullshit.

Everyone that goes into the Air Force and is enlisted starts at Lackland Air Force Base which is the recruit depot where you go to boot camp for 6-8 weeks or whatever it is. From there you go on to what your Air Force specialty code is, which is pretty much your job listing. From there I went to Pensacola, Florida for my M.O.S. training. That was five or six months give or take.

The way the schooling works for the Air Force is that you’re there for six months and the first fifth of it, youre kinda on lock down; it’s a little boot campish. They’re still kinda yelling at you, making you get up and get into formation—that stuff won’t go away. But you’ll notice that when you talk to a sergeant or any superior, you’re not at constant attention or always screaming at them. You can have a conversation they we’re doing now, only I would throw the word ‘sir’ in there as I’m talking. You’ll also notice the next phase will be a bit more lenient. You get to go out, leave base for certain amount of time.

From there I was stationed at Dyess Air Force Base in Texas. That’s where’d I’d live for my next term of enlistment unless I got orders out of there. And then from there you do Temporary Duty Stations where I was sent to an island off the coast of Oman and then to Ecuador where we were doing counter drug operations where that was a joint thing with the Coast Guard and D.E.A.

It was intense. They actually let us grow our hair out a little bit and let us have a bit of a beard. They told us to tell other people we were students down there to study Marine Biology. That’s because these places were based off a narco-economy, especially the smaller towns. If you’re running around and they know who you are and why you’re there…

From what we understood, a lot of the drugs and things were coming over and going back through trading hands with Afghanistan. Because theres a lot of poppy and marijuana fields out there, they were somewhat, in a convoluted sense, supporting the war of terror—at least that’s what we’re told.

But when we came back from Ecuador, we all had to go through customs like never before. I guess I was naïve and thought, ‘We’re in the military, everyone has to trust us.’ But I’m sure there have been people with bad intentions even in the military. Customs would meet us at the base and they were search everything and the entire plane. As a mechanic on the plane, I wasn’t allowed to work on that plane. They would have to have another mechanic come that wasn’t part of the trip—that way if he opens a panel and there’s cocaine in there, he’s not gonna skip the panels that have drugs or contraband in them, whereas if I was the main guy and I knew it was there I could be like ‘I’ll show you this panel or that panel.’ In hindsight you go, ‘Oh of course they should do that’ but it takes you aback at first.

Stay tuned for the second part of Deighan’s story as he discusses his mission more in depth.