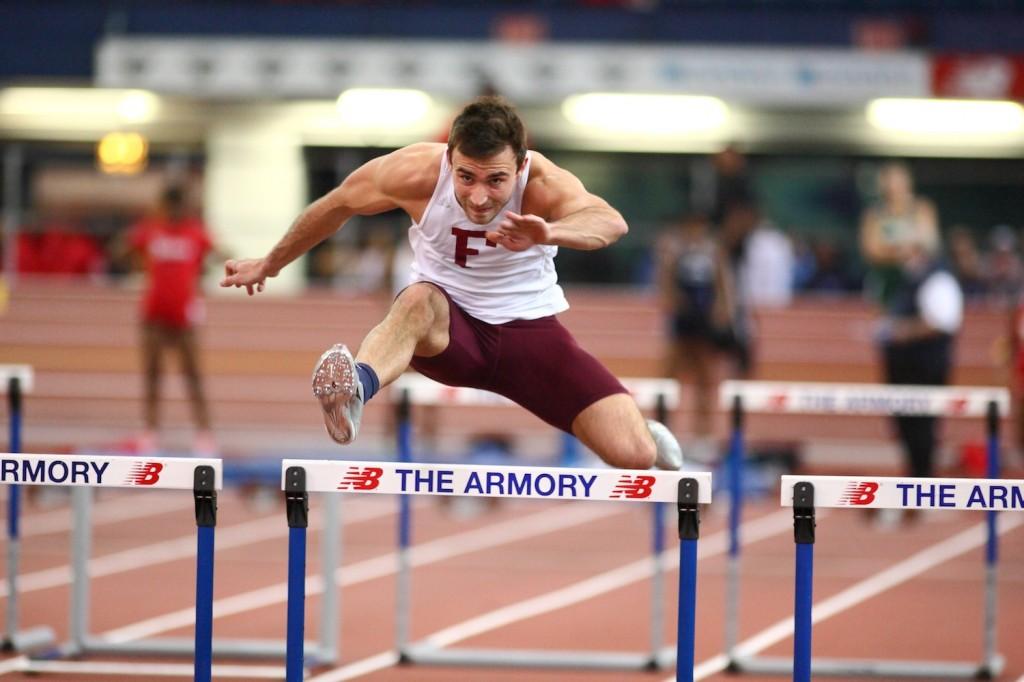 In the Atlantic 10 (A10) Conference Championships at Rhode Island’s Mackal Fieldhouse, the Fordham Rams saw their men’s and women’s indoor track teams both finish outside the top five, with the men taking sixth and the women ending up tenth of the twelve participating schools. Though the teams failed to come close to winning the championship, with Charlotte winning both the men’s and women’s team titles, the men’s 4×400 relay team did manage a season-best time to win the event.

Led by Sean Atkinson, Fordham College at Rose Hill, FCRH, ’13, the team secured First Team All-Atlantic 10 honors with a time of 3:18.81. Atkinson, Sean Collins, FCRH ’14, Ian Williams, FCRH ’14, and Lester Taylor, FCRH ’13, were the lone top-finishers for the Rams this Sunday, though the men’s team saw a few Second Team performances as well, including Atkinson, who earned the honors by finishing second in the 500-meter run finals, posting a time of 1:03.65.

Other Second Team A10 performers included heptathlete Sam Houston, FCRH ’14, who took second in the event with 4,829 points, just 84 points shy of the title. Houston managed a time of 9.19 seconds in the 60-meter hurdles, 2:45.81 in the 1000-meter run and cleared 11’ 11.75’’ in the pole vault. The event was won by Rhode Island’s Trent Baltzell after day-one leader Andrew Rigstad, also of host school Rhode Island, was disqualified in the 60-meter hurdles.

All in all, the men’s team finished over 100 points behind top-finishing Charlotte, but still managed a top-half finish at sixth out of twelve. The second day of events proved significant for the men, who, after posting only one scoring performance in Saturday’s events, managed to score in 10 events on Sunday.

As for the women’s team, which also fell short of the title by such a margin, Sunday saw a similar increase in production, tripling the number of scoring events from four on Saturday to six on Sunday. Leading the way for the women was Titi Fagade, whose second-place finish in the 800-meter run with a time of 2:14.13 earned her the team’s lone Second Team honors.

Kristen Stuart, FCRH ’15, finished third in the 500-meter run with a time of 1:15.29, tying the women’s 4×800 relay team for the next-best scoring performance on the team. The relay group consisting of Fagade, Melissa Higgins, FCRH ’15, Jillian Brooks, FCRH ’15, and Stuart also managed third place, with a season-best time of 9:12.69.

The scoring performances were rounded out by Higgins, who also placed in the 800-meters with an eighth-best time of 2:19.75, Mara Lieberman, FCRH ’15, whose season-best time of 5:02.73 managed fifth in the mile run, and Courtnay Newman, FCRH ’13, whose high jump height of 5’5’’ was good for seventh place.