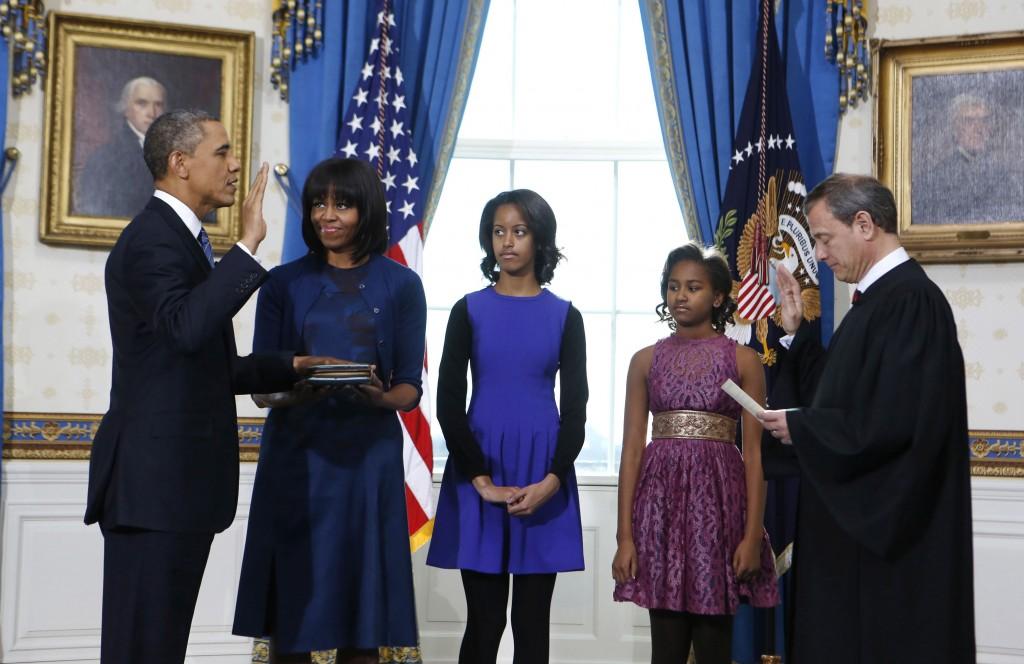 Barack Obama was sworn into his second term as president Sunday, Jan. 20, in a small ceremony with his family and Chief Justice of the Supreme Court John Roberts in the Blue Room of the White House. A larger celebration is scheduled for Monday in Washington, D.C., including the traditional parade and formal balls, although according to The New York Times, organizers are expecting about half the attendance of 2009.