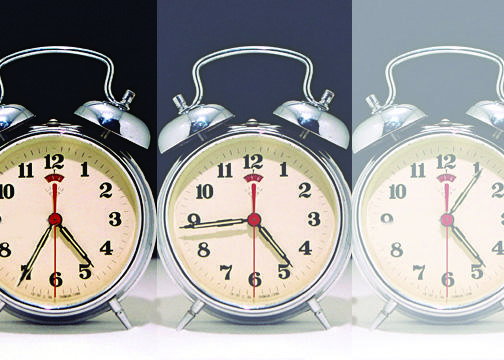 Good news, readers: today’s column is a special edition of “I Pity The Jewel.” What’s special about it? Well, I’ve been awake for 28 hours, there is an exciting amount of coffee in my system, I’ve listened to more than one Justin Bieber hit single today and I am just now sitting down to write. Are you excited? I am. Let’s do this.

If you haven’t guessed already, I will explain: I pulled an all-nighter last night. I won’t say for which class (Note to all my professors: This story is fictional) (Note to all students: No, it isn’t), but I will say that I had a long paper to write and just enough of a cocky attitude to think I only needed one day to write it. With the memory fresh in my mind, I will now embark with you on an all-access tour of the all-nighter experience.

Emotionally, the all-nighter is a roller coaster. You can vacillate from total despair (“I can’t understand Kant and I never will and I’m going to fail a core class and become a vagrant”) to insane overconfidence (“How hard can this calculus exam be?  If I do one integral every thirty seconds for the next two hours I’ll be done reviewing by midnight”) in a matter of minutes, sometimes even seconds. The good news is that any tears you may shed during the night will eventually be balanced out by an equal amount of crazed laughter. Your roommates might not love it, but don’t forget the old adage: he who laughs at old Facebook pictures of himself at 3 a.m., laughs best.

Another major all-nighter concern is hygiene and physical well-being. There is not much getting around the fact that between your sweatpants and unkempt hair, you will look a lot like Cosmo Kramer and feel a lot like someone who lives in a garbage can. One important point to consider is that even if you think it’s a good idea to look in the mirror, it’s not. Because you look like a corpse.

The fact that you’re wearing the same clothes that you wore yesterday despite the fact you didn’t technically sleep in them only adds to the confusion. In this puzzling situation it is best to mentally detach your mind from your body (Descartes style) and continue to hammer out that paper as best you can (Gangnam style).

Food poses another conundrum—now that you’re staying up all night, you’re awake for around seven hours during which you wouldn’t normally eat at all. Naturally, you will work your way through half a box of dry cereal and possibly some of your roommate’s forgotten candy. Whatever you snack on, it will definitely be a non-meal and you definitely will not eat it off of a plate. No shame, though. Plates don’t get A’s.

As far as the actual work you’re doing during an all-nighter, all I can say is that it is probably terrible.  Well, not terrible—what I mean is that your brain is running on fumes at this point. There is always the chance that come morning, you’ll read over your lab report and realize that it is just serial killer-style gibberish. It could turn out to be brilliant, too, but all I’m saying is be prepared.

Now I have explained all the information that I feel prepared to impart to you about the journey to all-nighter enlightenment. Full disclosure: though I wrote the first draft of this column post-study session, I did some heavy editing on my sleep-deprived ramblings later on.  So if you’re wondering how I managed to be coherent, there’s your explanation. Now that the column is fully edited and I’ve reclaimed my sleep schedule, I will leave you with my best wishes for your final exams. I hope that you can avoid all-nighters completely but if not, I hope you at least have your J-Biebz Pandora station at the ready.