It’s The End of the World…Again 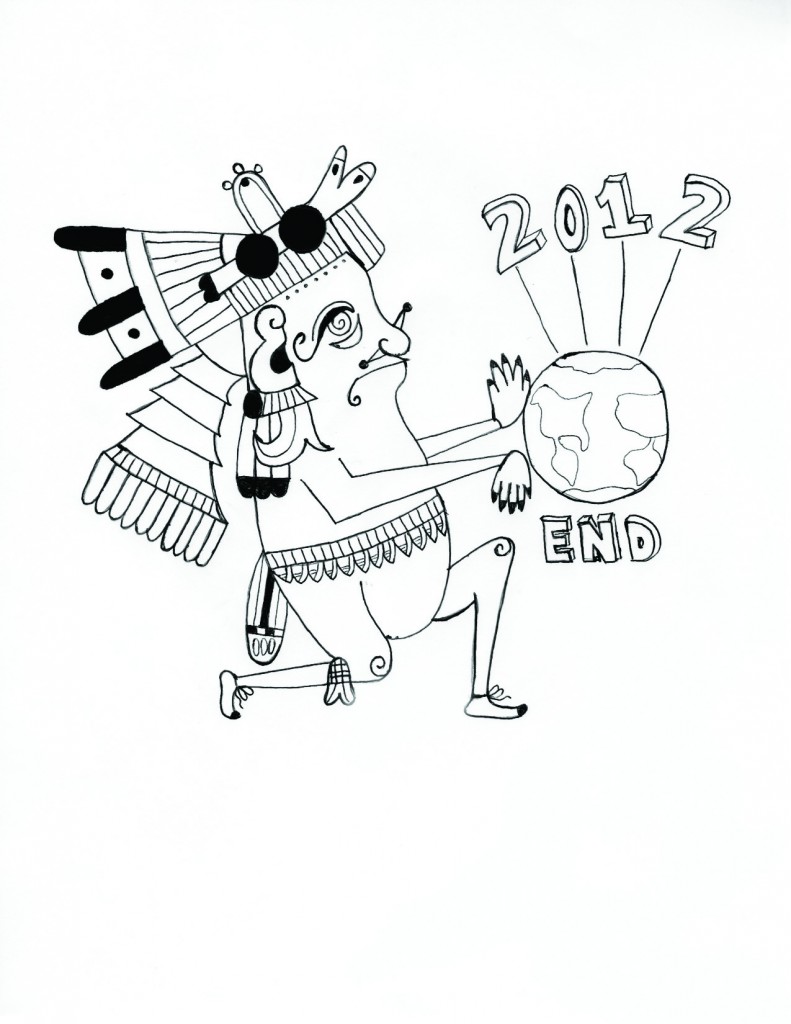 Guys, it’s the end of the world as we know it, and I feel fine. Because the world’s not going to end. I’m sorry to disappoint you.

The Mayans? Their calendar ended. They never predicted anything. The Rapture? Not really in the Bible. And the Messiah has been expected to return pretty much every year since he left.  A pole shift? A sudden shift isn’t scientifically possible. Planet X colliding with Earth? Planet X does not exist. Zombie apocalypse? The CDC shot that down a few months ago. A humongous sun storm? Alignment of the planets? Insane earthquakes? Supernova irradiation? I’m sorry, but none of these things are scientifically predicted. (“But that’s what science wants us to think!” I know, I know. Calm down.)

The amount of wrong end of the world predictions is astounding. The accuracy percentage, so far, is nil. Zero. Percent. No one’s gotten it right, though thousands have tried. Why does Joe Schmoe down the street think that he and his friends on the Internet have got the end of the world figured out when no one before him has?  Do you see the pattern here? Over and over again, people predict and expect the worst and it never comes. Isn’t it one of those old sayings that the definition of insanity is to do the same thing time and again and expect a different outcome? Maybe we can say the entire human race is insane, because the doomsday delusion is not unique to any one culture or people. They all lack a sense of pragmatism. They all seem kind of hopeful.

Isn’t it interesting that most people who are super worried about the apocalypse are also kind of hoping for it to happen? It’s more than a little twisted, right? “Disaster porn” is a genre now and the movies make millions. There’s a link between the cult of doomsday prophecies and the general mood of distress of the public. Horror movies had a heyday during the Cold War. Zombie apocalypses, alien invasions, natural disasters, you name it. When the real world is going through some strife, the fictional world lets out that energy into something entertaining. World’s gone crazy with some real-time devastation? Why not indulge in something fake? It’s cathartic to see the Grand Canyon flood, for some reason.

It’s less cathartic to try and prepare yourself for every apocalypse. In fact, it’s exhausting. Don’t the prep-ers ever get tired? They spend their whole lives looking for a reason to panic. That can’t be healthy. It really can’t be healthy.

Don’t get me wrong—it’s good to be prepared. It’s just not good to be obsessed with it. People waste away their lives terrified of something that has little to no chance of ever happening. They’ll scare their children. They might even (as reports are suggesting) commit suicide before Dec. 21, just to make sure they’re not around when it all goes down. Horrifying thought, isn’t it?

The terror of the unknown is a tragedy. The things that shouldn’t scare us strike fear into our hearts, but the things that should scare us, we ignore. For example, climate change, global food shortages, world poverty, lack of affordable housing, unequal rights, unequal education. The works.  Why do we ignore them? Because it’s easier to throw fear into something that will never happen?

Everybody, please. Calm down. It’ll all be okay, most likely. And if it’s not it’s the end of the world. There’s nothing you can do about it. So just hold on tight and enjoy the ride.