Drinking While Pregnant: Her Baby, Your Problem? 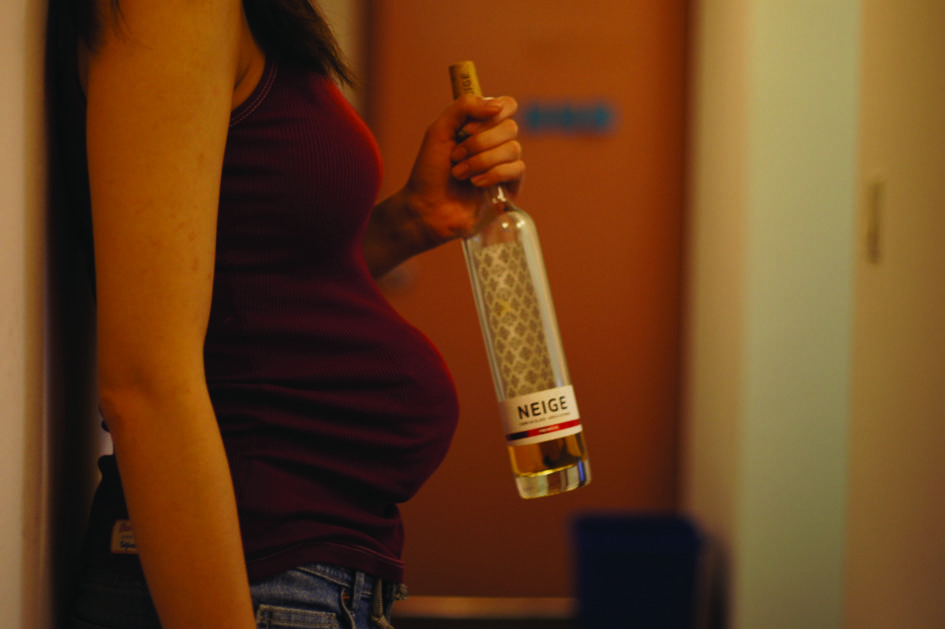 It’s your first day as a waiter or waitress. You walk up to one of your customers, a woman with an oddly familiar glow to her skin. She looks up, smiling, and orders a glass of pinot noir. Seems normal, right? Until you look down and notice something odd: the woman is pregnant. What do you do?

Surprisingly, waiters and waitresses are now frequently finding themselves in this type of situation. Research now shows that drinking in moderation while pregnant is relatively safe, and more and more pregnant women are guiltlessly enjoying a drink or two with their dinner.

However, even the most seasoned waiters and waitresses have a hard time serving alcoholic beverages to pregnant women. If you are uncomfortable with these guilty pleasures, do you have the right as a waiter to refuse to serve a pregnant woman her glass of wine? I say yes. Regardless of what studies say, drinking while pregnant still puts the unborn child’s life at risk—and who wants to risk that for some fleeting, tasty buzz?

It’s understandable why a waiter would feel uncomfortable standing their ground.  If you refuse to serve a requested drink to a pregnant woman, you seem judgmental. You are sending the message that you think you know more about her body and her baby than she does.

But in this case, maybe you do. Despite the recent discoveries that claim a small amount of alcohol has limited effects on the fetus, doctors still warn against it. According to Dr. Ashley Roman of New York City’s Maternal Fetal Medicine Associates, “It is recommended that pregnant women avoid alcohol during pregnancy. Alcohol consumption is associated with stillbirth and adverse effects on fetal brain development, which can lead to learning disabilities and mental retardation.”

So what’s the best way to respond to this order? If you think the potential consequences are not worth the risk, you can absolutely give a firm “no.” Waiters and waitresses shouldn’t be forced to fulfill orders that they are uncomfortable with.

I would be conscious of my tone. Stating your opinion in a rude way is not acceptable. Even though Roman warns that there is not a known “safe” amount of alcohol for pregnant women, it’s still inappropriate to preach. Is a woman who enjoys a glass of wine with her dinner a careless baby killer? No, absolutely not. Therefore, it would be wrong for a waiter to treat a woman like a criminal just because she asks for one drink.

Is awkward confrontation worth it? Maybe, maybe not. With so many conflicting sources out there, there’s no way to definitely know if the one glass of wine would have harmed the baby. Since research goes both ways, in the end it’s up to the mother-to-be to decide her stance on drinking for herself.

However, waiters and waitresses don’t have to condone a behavior that they personally feel is inappropriate. As long as they acknowledge her rights as a woman, waiters and waitresses shouldn’t feel obligated to carry out an order that conflicts with their beliefs. Just like it’s your call if that “twenty-something” young adult with an obviously fake ID is old enough for that beer, you get to make the final choice to either serve this pregnant woman alcohol or deny her request. It’s your decision, and no one else’s. You can’t tell her how to treat her body, and in return she can’t tell you how to think. Respect needs to go both ways.

Just don’t expect a tip if you chose to deny your pregnant customer’s drink order. If you voice your two cents, it might be all that you’re left with.