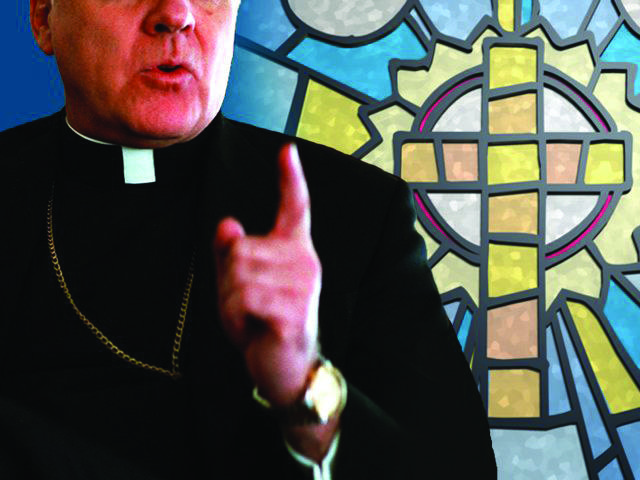 Despite Catholic bishops’ opposition to the issue of same-sex marriage, their constituents voted against them this November, upholding same-sex marriage in Maine, Maryland, Washington and Minnesota. Members of the Fordham College at Lincoln Center (FCLC) community discussed the Catholic support for same-sex marriage, along with the university’s position on the topic.

John Seitz, assistant professor of theology explained the position of Bishops in the Catholic church, saying “[they] draw on the philosophical tradition of natural law to argue that sex–if it is to be properly ‘ordered’–must be open to procreation. It is on these grounds that Catholic bishops officially oppose not only homosexual sex, but also contraception and a whole host of other activities and behaviors. Others–both Catholics and non-Catholics–standing outside the bishops’ philosophical tradition, do not at all see these behaviors as somehow ‘unnatural.'”

Seitz continued saying, “Many taking the church’s positions on sexual ethics call their arguments ‘natural’ in order to cut off arguments that would challenge their moral ideology. For example, the Church’s opposition to same sex marriage takes for granted the idea that men and women have innate gender differences which complement each other. These supposedly ‘natural’ differences make their unions wholesome from the church’s vantage point. They suppose same-sex couples to lack this complementarity and therefore to be a threat to society and any children they raise. But these rigid ideas about gender are regularly undermined by people’s experiences of gender and by people’s different experiences of love. This is why many Catholics, drawing on their own experience and their consciences, support gay marriage.”

According to professor of philosophy Babette Babich, the doctrine has been around for a long time. “The law goes back thousands of years. The Vatican is not going to change these rules about homosexual marriage; this has been set in stone. The Church is closed off to their old fashioned rules—they will not open up to the idea of same-sex marriage,” she said.

Fordham does not take a university stance on same-sex marriage. When asked for a comment, Judy Kelly, administrative assistant for Fr. Robert R. Grimes, S.J., dean of FCLC, wrote in an email, “Fr. Grimes is probably not the person to speak to about this. He is not aware of a University policy on same-sex marriage.”

Robert Howe, director of communications, said, “I can say that Fordham University is a Catholic Jesuit university, and we follow the church teachings on this.”

But to Debora Mina Kim, FCLC ’16, having Fordham allow student-operated organizations such as the Rainbow Alliance to function implies university support for the gay rights campaign. “A Jesuit university like Fordham does not go strictly against gays or heterosexuals—we even have the Rainbow Alliance here and we’re a Jesuit school. It has to mean something, too, that the whole school community and Catholics are very open to such organizations,” she said.

Campus ministry leader Alyssa Carolan, FCLC ’14, says that many Catholics distinguish the fine separation between church and state when it comes to dealing with the election. “Most of the liberal Catholics I know, my close friends, are for gay marriage. It shouldn’t be a Catholic marriage—it is a civil right, really. It is the legality of that union—it is not a church issue,” Carolan said. “Religion is going to inform your vote, but it’s not going to be the reason you vote a certain way. When you look at the issue of gay marriage, it’s not moral to stop people from living together—if you love each other, you can’t stop that. Overall, the two [the church and state] are very separate issues,” she said.

Seitz added, “If one questions how Catholics can vote for Obama despite his support for gay marriage, one must consider that Catholics don’t always listen to their bishops, but may be listening instead to their conscience. They may even see their support for gay marriage as closer to the heart of the tradition than the bishops’ opposition to it. Catholic voters, even those who accept the church’s teachings about gay marriage, may have decided to vote for Obama for other reasons such as his opposition to a budget that would further debilitate the poor by cutting services, or his greater openness to progressive immigration reform.”

According to Babich, Catholicism is a religion based on individual interpretation; its Roman Catholic members base their beliefs off of their conscience some times, rather than religious scripture. “One of the wonders of Catholicism is the openness to interpretation. Rather than church doctrine, Catholics follow their conscience,” she said. “Although the Roman Catholic Church rules homosexuality as wrong, members of the church and all individuals follow their conscience and evaluate whether or not gay-marriage is a moral union of love. In this case, many Catholics in the church see same-sex marriage as a moral, serious union,” she said.

Shery Arce, FCLC ’16, indicated that the followers in the Roman Catholic Church are changing. “Catholics and Christians seem to be opening up to new perspectives. We are in an era of time where things are changing. Catholics are so big and diverse; you will find all different types of individuals with new ideas. And in this group, people are starting to change, welcome and integrate new ideas into their faith,” she said.