Placing the Burden of Street Harassment

Harassers Must be Held Responsible for Their Actions 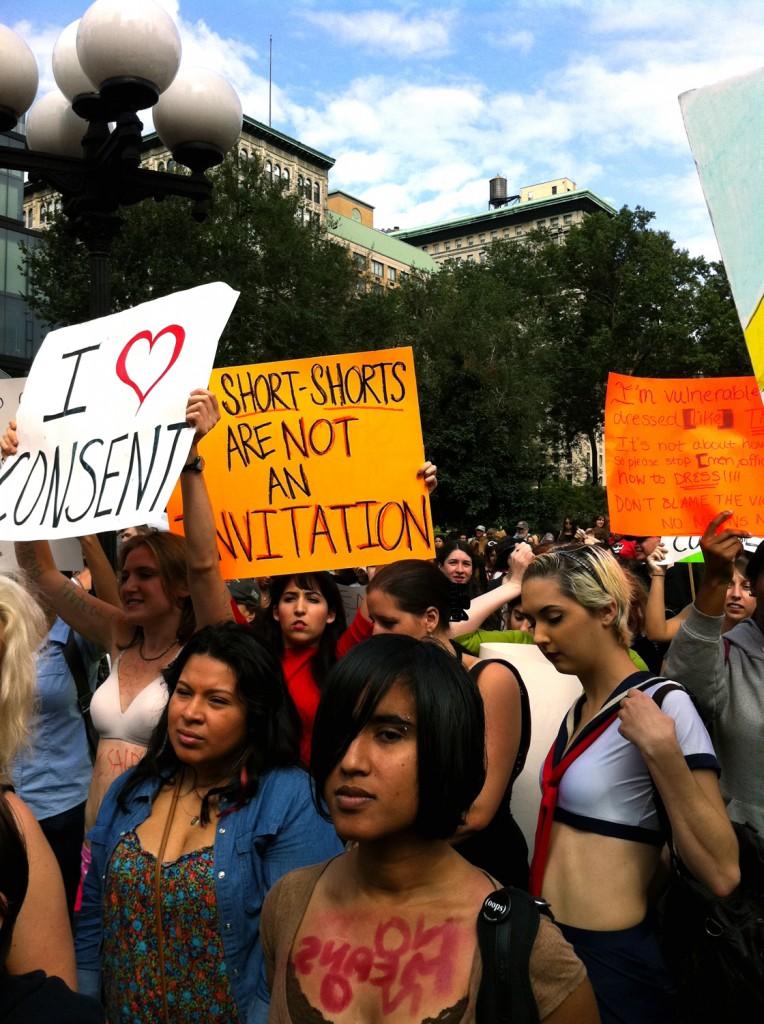 You might know it as catcalling, but let’s call it what it really is: street harassment. Or, sexual harassment that occurs on the street.

Any girl over the age of 13 has experienced street harassment in some form and comes to expect these unwanted, unwelcoming and intimidating advances every day.  She’s been made to feel unsafe because a drunk guy and his friends followed her down the street. She’s been called vulgar names. She’s pulled down her skirt when she sees a crowd of guys on a stoop.

For some reason society thinks that the burden of not being harassed falls on the woman. It doesn’t. It falls on the person committing the act of harassment: the one whistling at the woman walking by and copping a feel on the subway. We find ourselves sugarcoating the problem, saying it’s annoying or inconvenient—but it’s more than that. Street harassment of women is not only creepy, but it’s threatening and unfair.

In placing these burdens of street harassment on women, society asserts that there are certain “rules” a woman must learn to avoid unwanted attention. Don’t walk alone, that makes you a target. Don’t wear too short a skirt, that’s just asking for it. Don’t make eye contact—that just encourages them. Certainly don’t confront them; if you ignore them they’ll go away.

None of these rules have anything to do with reality. They’re ridiculous and they’re sad.

Coming home early one evening, I sat across from a large, tall man who kept staring at me. There weren’t many other people in our subway car and I was the only female there. Naturally, I became uncomfortable. I looked back at him, as if to give him the hint that he was disturbing me, but he just kept looking at me with this horrible, terrifying smirk on his face. Then he gestured as if to pleasure himself. I immediately became terrified.

The second the doors open, I jumped out and moved three cars down. I sat in between a family of four and woman sitting alone. But it took only two minutes for the man to follow me into my new subway car, staring me down from down the aisle. At this point, I was doubly scared. The minute the train stopped, I quickly exited the train and found a police officer to walk me out of the station. He obliged, completely unfazed by my request.

I didn’t do anything to invite that experience into my life. I even attempted to remove myself from the situation. And yet it happened, as it happens to other women every day, all the time. None of us ask for it, nor does it matter the way we dress, look or walk. We’re just supposed to accept that it “just happens.” But it’s all wrong.

Harassers make a choice to harass others. They choose to whistle, to jeer, to follow, to call vulgar names and they know exactly what they’re doing. This shouldn’t be accepted. It shouldn’t be tolerated. And it most definitely shouldn’t be blamed on the woman.