I’m Not In A Relationship With My Cat 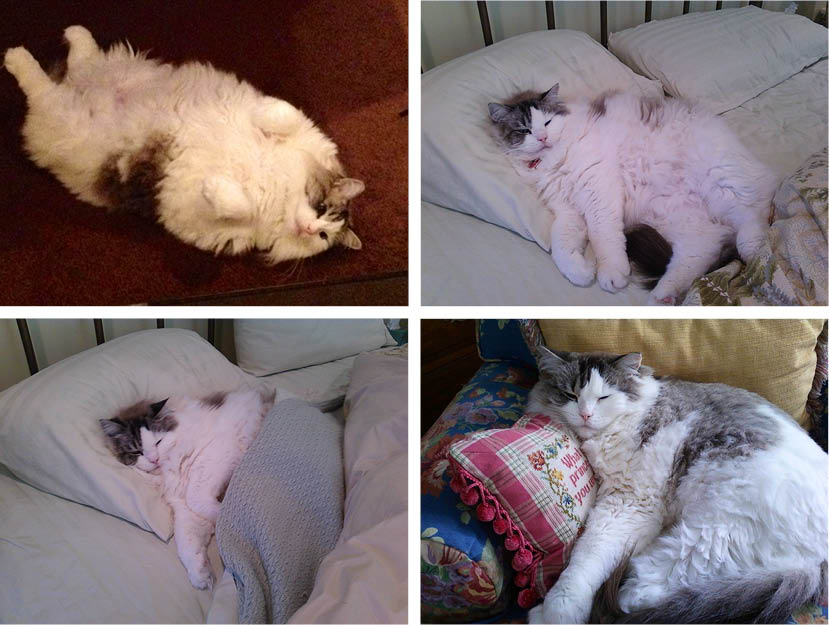 Are you single? Are you female? Are you approaching your mid-twenties? Do you live alone? Do you happen to like cats? Be careful, you don’t want to become one of “those” women—the crazy Cat Lady.

Wide eyed, gawky, awkward as hell and covered from head to toe in cat hair, the Cat Lady is unmistakable. All it takes is the adoption of one cat (maybe two or three, but you get the point) to make an average girl hop on the express train to Crazy Town, thus marking her descent into insanity and ultimate solitude.

Some people believe that the Cat Ladies are bachelorettes desperate to find a husband. Others believe that it is their longing for motherhood kicking in, and with no fetus (or a man to start a family with for that matter), they are forced to look elsewhere to fulfill their fantasy. No matter the case, the Cat Lady exists for one reason: the single woman is lonely, and cannot function properly in her single state. So she invests her time and money into a little furball as a silent protest against men.

Though I’m sure there are quite a few women out there who embody the stereotype, most single-female cat owners are not frizzy-haired and unkempt with apartments filled with stacks of newspapers, kitty litter and the stench of cat pee.

In the case of the single man, or the Playboy if you will, a life of solitude is just fine. It is good-and-well for them to go about their lives in apartments buried under a dozen beer cans and stacks of empty pizza boxes, all with man’s best friend: his dog. This, seemingly, is the male version of the stereotype, only one thing is missing: the negative implications.

And older single man can treat his dog like his child, bring it to the beach and the park like some sort of trophy wife and live for or with no one else. This only implies he’s an old spirit, a real man’s man. But for a woman, living alone with her cat(s) means that she probably hasn’t had sex in a few years, has no real connection to society, rarely leaves her home and is just downright sad and weird.

Let’s get one thing straight: times are a-changin.’ Women are starting their families later and homemaking is less of a priority since they are striving in the workplace. By no means is any self-respecting woman going to define her life by a man or a baby. And she is certainly not going to fill that void by putting a bonnet on her cat, singing it a lullaby before bed and deeming it her child.

Cats are not boyfriends. In the same respect, cats do not serve as their replacements, either. Though, arguably, it is probably easier to get along with a cat than a man most days, this doesn’t mean they are interchangeable in a woman’s life. If a woman is single, it is her choice, and she does not need to cry into the fur of her cat at night to deal with her relationship status.

Personally, I don’t believe in stereotypes. Live and let live. If I want to spend my days on the Internet looking at funny cat pictures or spending my night with my pet, who cares? That is in no way correlated to the way that I live any other part of my life. I am sick of hearing that I am going to end up a crazy cat lady all by myself. These remarks are what make me prefer animals to humans, anyway.

In the end, a cat is just a pet. Unless your cats outnumber your human companions, you’re probably not headed down the Crazy Trail.