Putting a Price on College Degrees 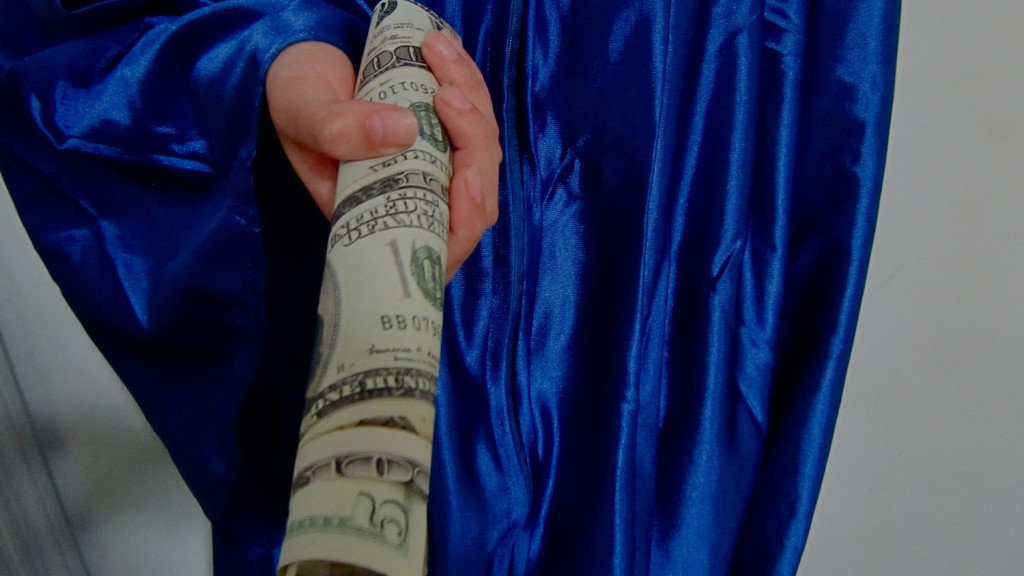 Students contemplating the monetary value of college degrees have to take into account a wide range of factors in choosing a major. (Photo Illustration by Zeinab Sayed/The Observer)

A full-time student at Fordham College at Lincoln Center (FCLC) pays an estimated $41,000 for tuition and tacks on a debt of an estimated $38,151 by graduation, according to U.S. News and World Reports. According to the U.S Department of Labor, the August 2012 unemployment rate stands at 8.1 percent. As tuition and debt rates increase and job availability decreases, an ongoing debate ensues amongst college students: What is a college degree worth? Are there “price tags” on specific fields of study?

According to Huffington Post’s list of “The 10 Best Jobs In The United States,” science and math-based positions such as computer programming, software engineering and dental hygiene are ranked the top in the nation. In U.S. News’ Best College Ranking, Fordham students are in this large percentage of science and math-based concentrations: 16 percent of students major in business administration and management, and 7 precent of students major in general psychology. Salaries in the science-math based occupations range from $67,000 to $99,000. In the case of a FCLC graduate, a degree in business administration and management results in a $57,000 starting salary and a degree in psychology varies, but earns up to an estimated $46,000.

FCLC students also participate in pre-professional programs, which further lead into engineering, architecture, medicine and law degrees. A pre-law student, Anny Bagum, FCLC ’16, discussed the monetary value of a law degree. “Especially in this economy, it will be a struggle going into law,” Bagum said. “Law schools and private practices are very competitive in their selection process, even the starting salary is not that great, and it all depends on the type of law you want to pursue. But once you find a stable practice, build clients and work hard, success will be guaranteed.”

Sandy Yang, FCLC ’15, explained the worth and value of pursuing the pre-medicine track saying “I would be completely lying if it weren’t all about the money, but it is primarily worth caring for people. With a degree in medicine, we further our understanding of diseases and it reassures the safety of patients and employers in our field.”

College graduates with art and social science degrees, including fields such as English and communications, earn lower salaries than graduates with science and math degrees. According to a CNN News poll, the starting salary of an English major can vary, but falls at $31,000; the salary of a graduate in communications and media studies is similar, with earnings starting at $30,000.

Wicksie Tu, FCLC ’16, said she is not worried about that value of her anticipated communications and media studies degree. “I don’t know how much a communications degree is worth in this economy, but I do know that it is definitely worth having,” Tu said. “If you want to build off something, it can be argued that Communications is a necessity in today’s society.”

Associate Professor of communication and media studies Gwenyth Jackaway acknowledged that students should account for the monetary value of their degree. Jackaway majored in American history as an undergraduate at Columbia University. “It makes sense to support yourself and your family during economic hardship,” Jackaway said. At the same time, Jackaway said she encourages students to pursue their passion. “Do what makes you really happy; something that you love,” Jackaway said.

After taking up English literature as an undergraduate at Princeton University, Amy Aronson, assistant professor of communication and media studies, said she was not worried about the monetary value of her degree. She had an interest in English and did not translate her degree into fiscal earnings. “There is more to life than earning a living; appreciation of art, travel, culture, and, most especially, the field you are interested in,” Aronson said. In regards to the young people in this economy, Aronson said she agrees that times are more difficult today. “With salaries and job opportunities in mind, young people readily close out considerations into English and communications fields.”

When considering the value of a college degree, Jackaway said she encourages FCLC students to open themselves to new opportunities. Jackaway said, “Students should take advantage of the internships, mass media and alumni network.”

According to Aronson, tackling a degree, whether in software engineering or English, requires agility and versatility. “With your degree, you may not get a job you want at first. I tell my students that very often, you may have to try different jobs that reach outside of your major and move out of the city, like from New York to Cleveland. But, overall, utilize your resources at FCLC; build the life that you want. Get your foot out the door, and continue to learn, evolve and grow.”